Bindu Balakrishnan, Country Head, DCMN India, writes about a few eventful happenings in the industry in the bygone year that laid the foundation for a better 2019 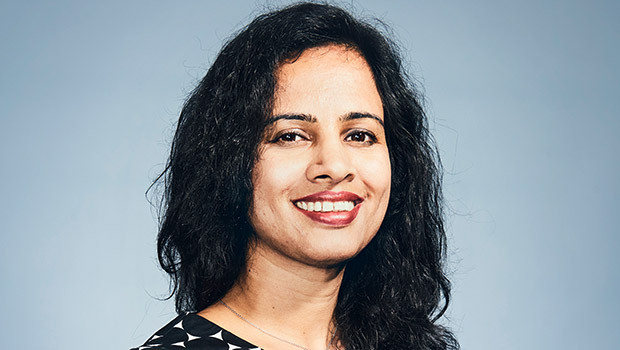 The year 2018 saw various developments: some home grown making a global impact (Piyush Pandey, Indians winning at Cannes) and others were a result of global movements making a local impact (#MeToo, Facebook). Overall, it was a great year and it has laid some strong foundations for an even better 2019.

The rest of the world saw a battle play out for the future of TV content distribution between Disney and Comcast, which are themselves challenged by OTT players such as Netflix and Amazon. India saw Hotstar (now owned by Disney after acquisition of Fox) feel the heat with local players like SonyLiv (backed by Sony), ALT Balaji (Star India and Reliance have stakes) and Voot (owned by Viacom in which Reliance has a majority stake). Meanwhile, international players such as Netflix and Amazon Video stepped up their game further with original local content. While all this is unfolding, digital brands that just want to measure the impact of their media spend in OTT will have to wait due to lack of standardisation.

The Facebook controversy and Data Protection laws in India

The Russian meddling in the US national elections opened a can of worms. It clearly underlined the vulnerability of personal data and how easily third parties can access and abuse it. The furore over selling of Facebook data by Cambridge Analytica raised concerns about data and its usage globally. India also sat up and took notice. Prior to this, India did not have any specific data protection legislations. Section 43A of the Information Technology Act (2000) was the closest, providing the right to compensation for improper disclosure of personal information. India introduced the data protection bill and it is already being compared to the ground-breaking General Data Protection Regulation now effective in Europe. With India being the largest market for Facebook outside of the US, this is bound to have a huge impact on Facebook’s Indian business.

While traditional brands look at TV as a means to drive branding, digital brands see TV advertising as a means to drive branding as well as performance. With more and more digital brands foraying into TV advertising, the need to measure the impact of TV at a granular level and using the data to optimise TV spends is gaining a lot of momentum. This is where TV attribution is going to play a big role. Like the famous economist Peter.F.Drucker said, “You can’t manage what you don’t measure”.

Consultancies coming into the advertising scenario

With the emergence of digital ecommerce brands, the role of a CMO has shifted from being just responsible for brand goals to being responsible for business goals. This has led to the emergence of consulting firms entering into the advertising industries in the form of Accenture Interactive, PwC Digital Services, IBM iX and Deloitte Digital. Armed with sophisticated data analytics and strategic solutions, these consultancies have jumped in to solve business problems, which are no longer linear or easy to solve single-handedly.

They are clearly threatening the stronghold that traditional agencies have held historically. The race is on.

Piyush Pandey did India proud when he was appointed as the Chief Creative Officer at the Ogilvy Group. One of the most recognised faces in the creative field worldwide, he has the distinction of being the first Indian to take on such a role at a global level. He came up with many exemplary ads during his career spanning over 35 years at Ogilvy. Cadbury Dairy Milk, Mile Sur Mera Tumhara, Fevicol and Asian Paints just to name a few. Now India and the world watches with bated breath to see what creative genius comes out of the Ogilvy stable under the leadership of Piyush Pandey.

History was written at Cannes this year with India bagging two Grand Prix. The first Grand Prix was won by TBWA-India for the campaign ‘Blink to Speak’. Ogilvy India bagged the second Grand Prix for its ‘Healthy Hands Chalksticks’ campaign for the soap brand Savlon. The overall tally for India at this year’s Cannes stood at 21 metals.

Sir Martin Sorrell is considered by many to be the godfather of the modern ad industry. But on April 14, in a shocking move, the WPP board announced that the 73-year-old Sorrell had resigned after 33 years as C.E.O. While many out there thought that this would have a huge impact on WPP, in hindsight, this could have been a blessing in disguise. After several years of strong organic growth, things had slowed down considerably for WPP in 2017. Mark Read took over as CEO and quickly understood that to survive and flourish, WPP would need to become leaner and more agile. So, we saw some mergers happening, like Maxus and MEC merging into Wavemaker and other consolidated entities like Superunion, VMLY&R, Wundermann-Thompson to name a few.

When Sir Martin Sorell stepped down, Mark Read took over as the CEO of WPP and he had big shoes to fill. He started with consolidating and simplifying the WPP’s structure. WPP merged its advertising agencies J.Walter Thompson and Wunderman to form Wunderman Thompson. According to Read, the idea behind the merger was to bring together "award-winning creativity alongside deep expertise in technology, data and commerce". In India, these groups have over a thousand clients: Nestle, Hero Motor Corp, PepsiCo, Airtel and the Aditya Birla Group to name a few. J. Walter Thompson and Wundermann also share many core clients and this merger will make it easy for these clients to have access to the expertise across the two agencies.

Machines interacting with humans via voice come with its own set of challenges. It takes sophisticated technology for a machine to understand and reply to human speech with its various accents and nuances. Having said that, voice-based personal assistants have been hugely successful in 2018 and people all around the world have welcomed Amazon’s Alexa and Google Assistant into their lives. In 2019, we will see the voice-activated home device market explode. Be prepared to talk to your fridge, microwave and even your shower.

The #MeToo movement rocked the world this year. It took a while to reach India. But when it did, it shook it up, especially the media world. It started with one brave woman sharing her MeToo experience and it gave the confidence to many others to come to the fore. Many stalwarts of the industry were exposed, and apologies and resignations followed. As more and more women shared their stories via social media, their unified voice left organisations and individuals with no room to ignore it. It led to many new policies being put in place to make workplaces a safer environment for women. It also made men more conscious and respectful of the boundaries. The job is far from done, there is still a long way to go, but we have taken the first step and we are on the right path.