Doordarshan and the Ministry of Drinking Water and Sanitation, has come together to propagate the concept of swachhta through a situational comedy 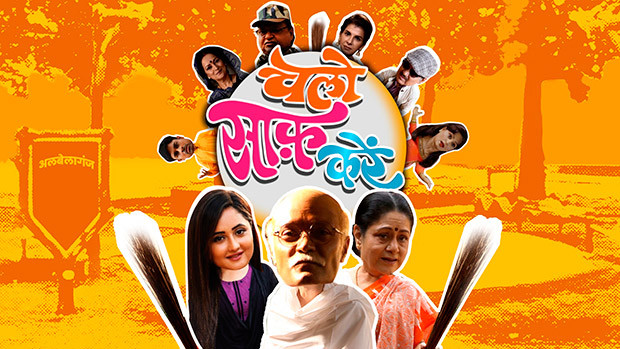 Doordarshan and the Ministry of Drinking Water and Sanitation has launched ‘Chalo Saaf Karen’, a show that revolves around cleanliness and sanitation with a comic twist. The objective of this show is to make people understand the concept and importance of cleanliness in an entertaining and engaging manner, and help them adopt it in their everyday lives.

The curtain-raiser episode, to introduce the show to viewers, was aired on January 18 followed by the series from January 19. The laughter riot will continue on the weekends, Saturday and Sunday at 10pm on DD National.

The series is based in a village named Albelaganj, and the protagonist of the show is Palak, portrayed by Rashmi Desai, who is a strong follower of Gandhian ideology and swachhta. Aruna Irani will portray the role of dadi, Anita Raj is the Maharani and Raghubir Yadav is Vijay Jasoos. Together, they will keep the laughter meter soaring high as they go about bringing a change in the approach of residents of the village.

The show also features Bollywood actors like Rakesh Bedi, Gopi Bhalla, Upasana Singh, Shashi Kiran and Birbal Khosla, with a few new entries like Mukesh Tiwari, making it one of the biggest star cast in Doordarshan’s shows since a long time.

Doordarshan teased its viewers for quite some time, to identify the programme’s lead, who was revealed to be Rashmi Desai of ‘Uttaran’ fame, in the recently launched promos. Ashish Lal is paired opposite her as the male lead.

Doordarshan with the Ministry of Sanitation and Drinking water will soon be launching another show ‘Safar Manzilo ka’, wherein Manoj Bajpai, as the celebrity anchor, will bring to light the journey of unsung heroes of cleanliness.