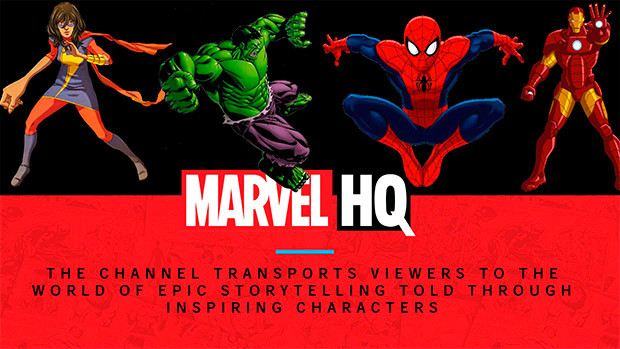 Keeping in mind the growing fan following of Marvel Entertainment in the country, Walt Disney Company (India) is launching Marvel HQ. The channel is replacing the network’s action, adventure and comedy channel Disney XD, which went off-air from January 6.

Devika Prabhu, Executive Director and Head-Product, Media Networks, Disney India, said, "We thought it is the right time. We are creating a first window and a first experience for Marvel fans through this channel. We know Marvel movies are aired every other day on channels but at Disney, we wanted to create a curated Marvel experience with this channel. With this channel, we are also introducing new viewers to Marvel Universe as not everybody has seen everything. Currently, the objective is to have all things Marvel and have a home for Marvel."

Marvel HQ will be home to Marvel Entertainment featuring super-hero action movie titles and comics created under the banner. The channel will go on air from January 20 with four Marvel animated series such as Hulk And The Agents Of Smash, Avengers Assemble, Guardians Of The Galaxy and Ultimate Spiderman. The channel will also air super-hero action movies, mainly on weekends.

The channel will also feature shows that don't belong to the Marvel library but complements Marvel's philosophy, to attract viewers. The other animated shows featuring on the channel will be Pokemon, Beyblade, Digimon and Big Hero 6.

Initially, Marvel HQ will have afternoon prime-time and evening prime-time. The channel's programming will be further boosted in March with new series such as Black Panther's Quest Rising Secret Warrior and Future Avengers among others. The channel will be available in four languages — English, Hindi, Tamil and Telugu. The channel aims to transport viewers into the world of epic storytelling told through inspiring characters and will reach out to 9+ kids.

On the need to launch a separate channel for Marvel, Prabhu said, "At Disney portfolio, we want to cater to all our viewers. With Disney Junior, we target pre-school viewers. With Disney channel, we cater to kids and families. Marvel HQ gives us an opportunity to tap into the action-adventure space and we just have seen the popularity of Marvel. We feel that there was a need to launch this channel. It is a home for people who know about Marvel and want to know about Marvel."

Though Disney India is launching a dedicated channel for Marvel, there are no exclusive deals in place for the content. The network will keep sharing its content with other platforms, as well. "A unique feature will be that we will offer it in different languages," Prabhu said.