Differentiation will be our biggest advantage in the new tariff regime, says Viacom18's Ferzad Palia

The network is ramping up its content offering not only on the main GECs but also on its niche channels such as Comedy Central, Colors Infinity, Vh1 and MTV India. BestMediaInfo.com spoke to Viacom18's Ferzad Palia on the content strategy for the niche channels following the implementation of the new regime 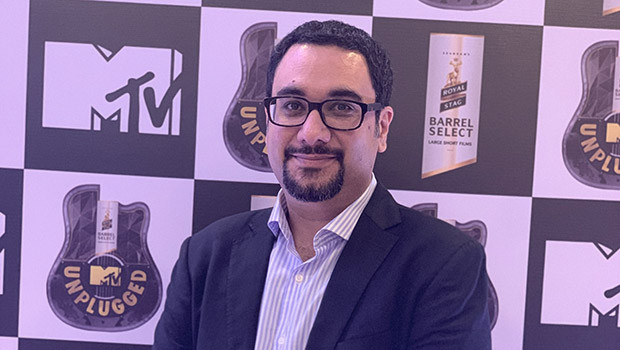 As consumers get the power to choose channels of their choice, broadcasters are focusing on introducing differentiated content to attract their interest. Niche channels in particular have started introducing new content strategies with fresh programming.

When it comes to niche, Viacom18 has been home to a bunch of uniquely positioned channels. From MTV India, Vh1 to Comedy Central and Colors Infinity, to date, these channels were part of the bundled pack offered by cable operators. But now, broadcasters will have to ramp up their offering as the primary TG of these channels are the youth, which is increasingly opting for digital platforms for entertainment.

While creating content for youth is a challenging affair, Ferzad Palia, Head, Youth, Music and English Entertainment, Viacom18, feels they have an advantage with this demographic as they are the decision-makers. "This demographic is extremely important in the decision-making process in which channels get picked up in the family. I think we are at significant advantage given that we have a clear differentiation of content and succeeded in creating MTV, Comedy Central, VH1 and Colors Infinity as brands that consumers want," he says.

As the attention span to keep the young audience hooked is small, the broadcaster will have to come up with engaging and differentiated content to maintain their interest. Viacom18 has lined up a host of differentiated programming on their channels. The network’s music and youth brand MTV India will bring back some of its popular shows in the new season such as MTV Unplugged Season 8, MTV Roadies, Ace Of Space and Elovator Pitch.

The channel will also introduce a new concept, Anti-Social Network, featuring Cyrus Sahukar and Jose Covaco. The show will feature contestants who will hand over their social media to Cyrus and Jose. The hosts will post certain fun tasks on the contestant's social media account, which they will have to complete. The show will feature some new faces and popular names. The network also plans to add some new titles on Comedy Central and Colors Infinity.

Speaking about the content strategy for MTV to attract the audience in the new eco-system, Palia said, "We have always experimented on our channels and we will continue to experiment with the shows like we did last year. Thankfully, all our experiments have gone in the right direction and will continue to do so. Last year, we added some new shows and this year we are planning to double the offering. We are going to introduce a new concept with Anti-Social, which is looking quite a winner. It is another social experimental show wherein we are featuring contestants who are also social media addicts. It is a fun show to see how people will react when we take their social media away."

MTV has succeeded in becoming a brand among youngsters with some of its shows such as Roadies, Coke Sudio, Splitsvilla and others. Being a differentiated channel, MTV enjoys an average time spend of around 50 minutes. "When somebody spends that kind of time, then it is unlikely that they are not going to choose the channel. MTV Beats is also differentiated and we are seeing a surge in its content and viewership," Palia said.

While MTV has been in the market for around 20 years, Comedy Central and Colors Infinity are fairly new. When asked about the new regime for niche channels, Palia replied that exclusivity of content would be of prime importance. "I think they are at an advantage. Especially on a genre like English, our aim was never to be available at every household. We aimed to be available in households that are fluent in English and view English content. We have a loyal viewer base, which has helped us to be a consistent No. 1 for the past two-three years," he said.

Palia said the unique positioning of these channels is an added advantage. Vh1 is the only channel that features international music and lifestyle content. Similarly, Comedy Central is dedicated to 24X7 English comedy and Colors Infinity is the only channel that premieres the highest number of international show premieres with Instant Premieres. "We have created differentiation with the brand and that will be our biggest advantage in the new regime. The English consumer is harder to please and the consumer is also spending time on HD. It is not just TV, we also see lot of traction coming on our social sites and the more people engage with the brand, the more it becomes an internal part of their lifestyle," he said.

Unlike before where content was the primary focus of marketing and promotion, broadcasters are now focusing on building the brand as now the purchase decision is with consumer. Palia said marketing can be a supplement but content will be of prime relevance. "Entertainment works on the time spent by consumers on the content. Marketing can be supplement but I don’t think today a consumer will choose a channel because they spent a huge amount of money. If the offered content is not relevant to me or my family, then I won't choose that channel," he said.

The network has planned extensive marketing and promotion for its shows, but when it comes to selecting the channel, Palia believes that a consumer won't choose a pack for a particular property but because they spend time on it. "There is another way to look at it. There are some channels that have extremely high reach but little time is spent on them because these are snacky kinds of channels. The consumers will sample the content, if they like it they will stay. But there are some channels that have very high time spends. MTV is one of those channels that have significant time spends," he added.

Following the explosion of digital, the network has seen a boost in its digital consumption as well. The network’s OTT platform Voot has witnessed increased consumption of MTV content. The channel recently launched Ace Of Space, which succeeded in amassing around a million views. With this new regime, the broadcaster believes consumption will get a significant push.

"There is a new set of people who have never seen the shows but will come and sample the content. We have seen several consumers coming to the platform for older shows like Kaisi Yeh Yaariaan because new consumers have come on board," he said.

The network not only witnessed a boost in viewership last year, but its sponsorship revenue also grew in double digits. The network witnessed substantial growth in spot-buy revenue. Digital marketing has also become an integral part of the network's marketing.

"We see that the level of differentiation is working well for the advertisers as they are getting the benefit of talking to the audience, whether they are watching it on digital or TV. Also, the marketers who are working with us have been there for long. There has been lot of changes in the entertainment landscape in the last two years. I think being at the head of the curve as far as the audience is concerned and being available for people where they want has been the strongest part for us. I think advertisers have been there for us," Palia said.

On the impact of new regime on ad-rate hike, Palia said different streams of monetisation will play a major role. "For now, the ad-rate hike needs to be seen as a demand and supply situation. I don’t think for the longest time now, we have just been about seven or regular 30 seconds. We were always about innovation and different customisation; we have our MTV brand studio. The entire monetisation on digital has opened up for us. TV will continue to be the medium. Measuring is an important metric but we don’t measure our business by what is our rate for 10 seconds. It is important but in the youth business, it is definitely not the only thing as we are taking our content outside television. There are other music channels that don’t have their own content and don’t have to monetise their offerings anywhere other than television, which is why they are running 20 minutes of inventory in an hour," he stated.