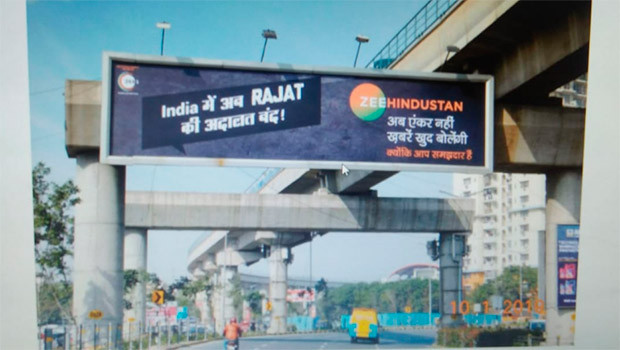 The Delhi High Court has issued an injunction, restraining Zee from using the name of Rajat Sharma in any of its advertisements in the electronic and print media or otherwise. The court directed Zee to remove all hoardings that mention the name of Sharma.

The court while granting the injunction in favour of India TV upheld the celebrity rights of Rajat Sharma in his name.

Sharma has been successfully hosting India’s most popular and longest running television show for the last 25 years.

Zee had come out with various advertisements for its news channel Zee Hindustan by “malafidely” using the name of Sharma, India TV said in a statement.

Sharma and his channel India TV had filed a suit for an injunction against Zee, which was heard on January 11 by Justice Jayant Nath.

The court while granting the injunction in favour of Sharma and India TV refrained Zee from using Sharma’s name in their advertisements in the electronic and print media or in any other form.

The court also directed Zee to take down all hoardings containing the impugned advertisements. 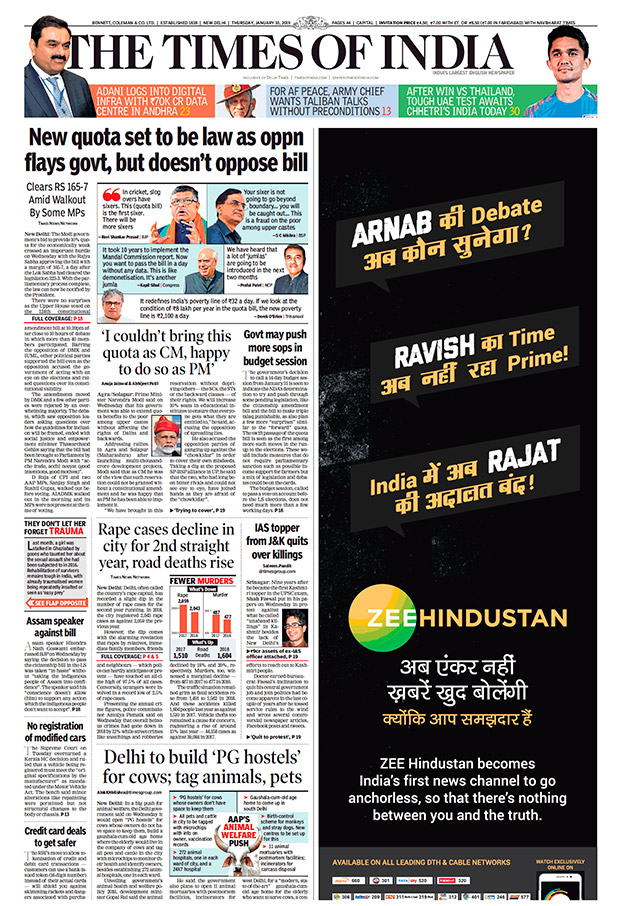