The truth is out as BestMediaInfo.com has the same number of readers as the combined might of both exchange4media.com and afaqs.com in December 2018, according to Similarweb data. BestMediaInfo.com continues to be the favourite choice of leaders from the media, advertising and marketing industries 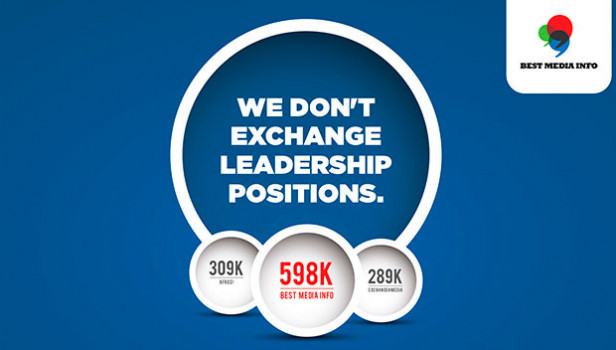 Already synonymous with breaking news and in-depth analyses, BestMediaInfo.com bagged the same number of page visits in the month of December last year as the combined might of the nearest competitors, exchange4media.com and afaqs.com.

According to SimilarWeb data, both websites put together had 598,000 total page views in December last year. Whereas, BestMediaInfo.com, which is already recognised as the most credible news and analyses platform in the industry, also registered the same number of views in December.

afaqs.com is a distant second with total visits of 309,000 in December, shows Similarweb data. exchange4media.com, which had recently made misleading claims of getting 6.6 million page views in December, is at number three with just 289,000 views. exchange4media.com had earlier claimed 6.6 million total views with Google Analytics as the source. However, third-party analytics platforms like SimilarWeb and comScore are generally used to make any such claim in public as anyone can cross-verify it on the given platforms.

In the past nine years, BestMediaInfo.com has become the preferred choice of industry leaders, especially marketers, and almost 1.5 lakh people have subscribed to its newsletters. The web platform is known for its breaking news, in-depth analyses and detailed interviews, which have set new standards of reporting in the b2b news category. Currently, all premium media and entertainment outlets have BestMediaInfo.com as their chosen partner for all their advertising campaigns.