The aim of the relaunch is to give news without views. Zee Hindustan is a 24-hour Hindi TV news channel and was launched in May, 2017, with the motto 'States Make The Nation' 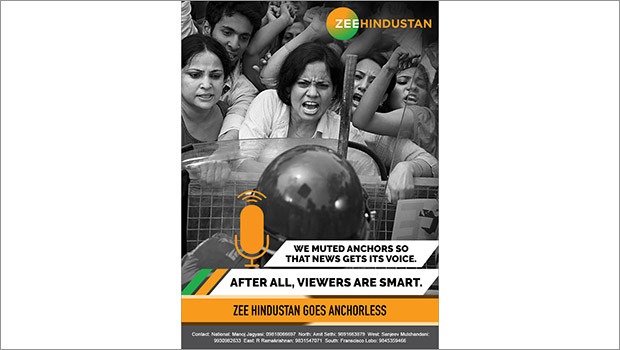 Zee Media Corporation, part of the Essel Group, has announced that it is making its Hindi news channel Zee Hindustan anchorless.

"The anchors who appear on news channels often appear to give colour to a particular story. The viewers who really want to follow or just know about the news are left with no choice but to watch that anchor. We at Zee sensed this urgency and decided to come up with an alternative, which will just give news, without any views. And this is how Zee Hindustan was born," said Dr Subhash Chandra, MP, Rajya Sabha.

Camera never lies, and with this new channel, the story will speak for itself and the viewers will get the correct news stories, Dr Chandra added.

"Since the inception of television news in the country, nobody has thought about giving the viewers a channel that can serve this basic purpose. Zee Hindustan fills that void," Dr Chandra said.

Ashok Venkatramani, MD, ZMCL, said, “The country is heading towards the biggest election battle. In a forced opinionated environment, Zee Hindustan will definitely break the clutter and create a niche for itself among viewers. The news in purest form and variety of content will put the channel apart from others.”

Purushottam Vaishnav, Editor-in-Chief of the channel, said, "It has been a strenuous two-month-long journey for all of us and my team did a commendable job in launching this channel in such a brief time. Zee Hindustan will give you news, without any views."

Zee Hindustan is a 24-hour Hindi TV news channel and a part of Zee Media Corporation Limited. It was launched in May, 2017, with the motto 'States Make The Nation'.

The channel was launched on a day that is of utmost significance for the entire Essel Group. "This was the day 91 years back when my great grandfather founded the firm, which is today's Essel," Dr Chandra had tweeted on the channel's launch