After experiencing a subdued growth in the last quarter, Colors hopes to be on a high-growth trajectory next year. In an interview with BestMediaInfo.com, Jaipuria, the head of Hindi Mass Entertainment at Viacom18, talks about the challenges of TRAI’s new tariff regime and the Colors’ content strategy to maintain viewer stickiness and drive business 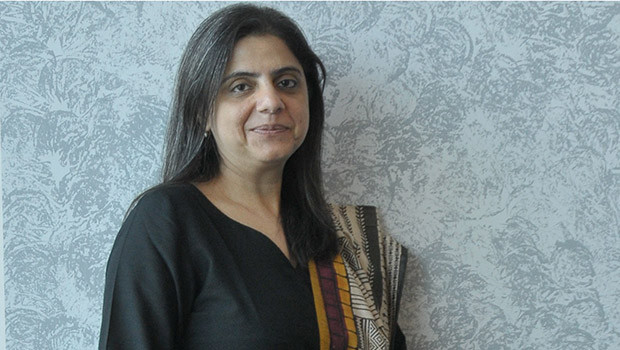 “Ensuring consumers’ loyalty and maintaining the bond with viewers through fresh content will be the new challenge for broadcasters. And only this bond is growing to drive the business,” she told BestMediaInfo.com in an interview.

She said the new pricing regime would be good for the industry as well as viewers as it will make the entire system transparent while increasing the quality of content.

“We are working towards taking the content to the next level and making Colors the preferred channel,” she added.

Talking about the increasing importance of measuring the digital viewership, she said BARC’s soon-to-be-launched digital measurement system EKAM will help the broadcasters understand the viewers better.

Highlighting the growth plan for the next year, she said that events such as elections, IPL and Cricket World Cup would drive the revenue growth.

How do you see the new tariff regime proposed by Telecom Regulatory Authority of India (TRAI)?

It will be the biggest challenge for the industry. But the dust will settle on the tariff order in the next few months. But it is a good change as it will make the industry very transparent. Viewers will now pay for what they want to watch, it is a win-win for all stakeholders. Business in any industry flourishes only when all the stakeholders are happy.

The new regime will change the entire landscape for broadcasters. Attracting audience loyalty and maintaining stickiness will be much more challenging. How do you intend to tackle it?

2019 is going to be a year where we have to make sure that the relationship and bond we have with viewers is the strongest. According to me, that will happen with fantastic content, powerful characters that we will mould and also through edge-of-the-seat entertainment that we offer from the perspective of reality shows. The next year is going to be very critical for us to ensure we have a relationship and bond, which is infinite and the audience chooses Colors as the preferred brand. Consumers will now be spoilt for choice as there is so much to choose from. That is why we want to tell stories that are different and span across different genres. I think we haven’t left any stone unturned when it comes to experimentation. The more relationship and bond you have with consumers, the stickier you are, the more preferred you will be and that is what going to drive the business.

What are the main factors that you think will attract viewership?

There should be great storytelling, fantastic characters and path-breaking story, which will drive reference for the brand. I think it is going to be very important now because the consumer is going to pay for what they like. So, in that sense it is going to be critical for broadcasters to maintain our bond and relationship with the viewers. Therefore, the edge-of-the-seat entertainment, and the powerful story that we offer, will make all the difference.

How did 2018 fare for Colors and how was the response from advertisers?

2018 has been a fairly good year but I have to agree that it has been a mixed bag. We had some pioneering shows in the year, which worked out well for us. There are always ups and down and the last quarter hasn't been really great for us but knowing what Colors had done in the past we know we will come back. We have been the challenger brand; we innovate and experiment so that we come back. I think 2018 has been good from the perspective that we have once again pioneered with new shows. We made sure that we got the viewers’ pulse and resonate with them.

In terms of advertisers, we continue to enjoy support from some of our old advertisers and we also got some new advertisers on board with new shows. We got new advertisers like Dabur Gulabari on Kesari Nandan and Maruti Suzuki Arena for Khatron Ke Khiladi S9. So, we have advertisers who see merit to be part of Colors, I think we are also differentiated from that perspective to what we bring to the viewers and advertisers see value on being with Colors.

The top line has been good for us. I have to admit that the environment has been slightly slow but things will change. Now we have new environment, plus there are elections, IPL, World Cup so there should be money on the table.

What are the main challenges that you think the channel may face in the future?

The challenge is to remain sticky and not to lose viewers to the competitor. The other challenge is that we have always been one-television household. 95% of households have one television, so how does Colors battle to gain the loyalty of the viewers and make sure somebody from the household takes the remote and watches Colors. From viewer perspective, one-television household is a challenge. In term of making sure that we are preferred channel, we have to evolve and take our content to the next level.

BARC is likely to soon the launch digital measurement viewership measurement system Ekam. How beneficial is it going to be for the industry?

I think Ekam is great because it will help to know exactly the viewership pattern of viewers. In fact the whole industry is looking forward to this; to understand the viewing pattern and where consumers are. Where are their preferences, does the platform makes a difference or their preference change according to the platform. So, there are many unanswered questions. Of course, we try to answer some of it on our end by doing our own research. We do that every quarter but if this pattern is instituted then we know the viewers, their preference and understand them better and cater to them accordingly. It is always better to know what your viewers prefer.

Colors launched several new shows in 2018. Which are your top performing shows?

This was the best season for Naagin as it opened at 4.3, which was unheard of. Our new dance reality show Dance Deewane and fiction show Roop did extremely well. Existing shows like Udaan and Shakti continued to be the pillars of our weekday as they continued to engage viewers. We just launched two new shows Tantra and Sitara and we hope to be back in big way.

What's the show line-up for the next quarter?

We have experimented with various genres that have never been tried before. For instance, Kesari Nandan is a show with the DNA of sports, which is very different and never been done before. Though it is a family drama, it has sports and women empowerment weaved into it. Similarly, we have Gath Bandhan, featuring a love story with the twist. We are also trying to feature a historical tale of Rani Lakshmi Bai. The crime show ‘Courtroom’ is another unique genre that we are experimenting with. The crime shows generally end with the criminal getting caught but we don't see what happens to them. Courtroom will highlight what happens after the criminal gets caught. We have real-life court cases being represented in the shows. We are taking upon ourselves to make sure the channel talks to viewers and keep them engaged. Staying true to Colors, we hope to pioneer with the new shows and make sure we are the preferred brand for viewers.

In 2018, we witnessed the rise of the fantasy and supernatural genre. What will be the content trend in 2019?

Fantasy as a trend started towards the end of the year so I think it is going to be there for a while. But, the viewer will also require their staple diet of family drama. We have to build a powerful character from the family drama, romance perspective and social mindset. There are genres that are constant but evolve according to the changing landscape and then there are those genres that come and we experiment with them. At Colors we are experimenting with sports and crime, so there is a lot that we are offering in 2019, which will be different.

What research goes through while deciding which genre to experiment? Colors has never done a crime show, there was fiction crime drama ‘Dev D’ but never a show based on real-life incidents. How did you zero in on this genre?

I think this emerged from some of the shows that we have done earlier. We keep in touch with our viewers and we have their pulse. We do regular intervention to understand them and their viewing preferences and their patterns. We did realise that crime is genre that has been consumed and talked a lot on other channels; we thought why don’t we try to do a crime show which seems like the preference of viewers? It is just like the preference for the other genre that has come up — fantasy. Suddenly there are viewers talking about fantasy and several channels have delivered the content revolving around fantasy. Also, 15 years ago, I did CID with Sony and it is still evergreen, so the crime genre has continued to remain evergreen and there has been set of audience who has stayed loyal to it. With Courtroom, we attempt to not leave out anything in terms of viewer preference. Colors stands for variety and in our plethora of genre we make sure to touch upon all the genres. The campaign we did a while back, Chuno Apne Rang, was about that, not just choosing from the offering but leaving the dream that we are doing through our content.