Chandiramani or Chiggy Chan (as he is popularly known among friends and colleagues) never thought about advertising as something that he would eventually end up pursuing. But today not only has he worked with some big names but has also won several industry awards for his work 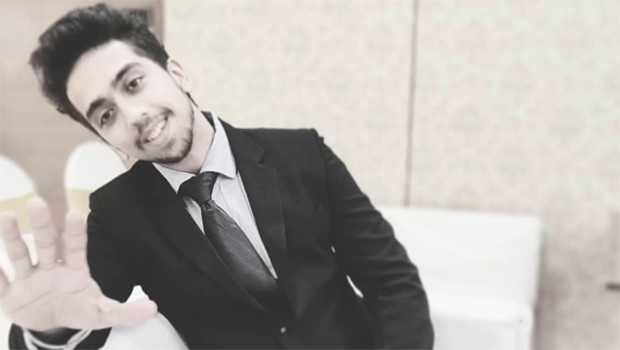 Born and brought up in Dubai, Chirag Chandiramani did all of his schooling from Dubai. He moved to India after 17 years and completed his graduation in India. While Chandiramani never thought about advertising as something that he would eventually end up pursuing, he was pretty clear that he did not want to be stuck doing a 9-5 job.

“I never thought that I would enter the advertising industry but I was also always sure that I wanted a work environment that also allowed me sometime for myself.”

He said, “I basically had no background and I learned everything on the go. And all of this I learned through extensive research. I started off my journey with a start-up, managing their digital leg of the business. My role involved everything to do with website development, creative, copy, social media promotion and business development.”

Chandiramani’s first big break in advertising happened quite by chance. At the behest of a friend, he walked in to GroupM armed with only his self-learning experience of working with a startup.

“All of my experience was hands on. Nobody had taught me what to do; I had explored everything on my own. I really believe that experience helped me bag the opportunity.”

Chandiramani spent a good three years with the agency and as a specialist in mobile advertising; not only did he get to work with some big brands but also with multiple agencies within GroupM.

“I was in a specialised unit that also used to help other agencies under the group. Initially, I was aligned to Mindshare and then I got aligned to Maxus, MEC. So, in the three years that I was there I got to work with 4-5 agencies within GroupM among the biggest clients that GroupM had.”

In his three years with GroupM, Chandiramani, along with his team members, won about 26 awards, including 10 Gold Awards, across industry forums such as Emvies, Big Bang, Maddies, IDMA, Digital Crest, etc. He was also one of the youngest shortlist for GroupM’s internal Employee Recognition Awards — Choreos. He was nominated and then shortlisted for “Walk the Talk” category for consistent excellence displayed, for work done across GroupM Agencies.

Chandiramani joined Dentsu Webchutney in April this year as Media Supervisor and in the seven odd months that he has been with the agency he has on-boarded about five clients.

Speaking about his experience at Webchutney so far, Chandiramani said, “GroupM is known to be a media first agency. It is heavy on media strategy, buying, planning, implementation and ROI. Webchutney, on the other hand, has a creative plus media integrated approach towards the client. My experience here has been different because being a media person, I sit with the creative team and the strategy team and we work together.”

When asked about the most fun project that he has worked on so far, Chandiramani was quick to point out the work they did for Piaggio.

“For Piaggio, we leveraged existing platforms like Truecaller, Tinder and Zapr to do something more innovative and efficient. For example, we ran a programmatic campaign on Tinder for the very first time in India. Then, using Zapr (which is a TV to mobile audio fingerprinting technology that reads audio frequencies from the TV and analyses who has watched a particular commercial, channel or show) we identified the people who had seen Piaggio’s commercial on TV and YouTube and eliminated these groups to reach out to people who had never been exposed to Piaggio’s commercial. By doing this we ended up getting half a million worth of incremental reach at 1/4th the cost, thereby driving cross medium buying efficiencies for the brand. We also ended up getting almost 3X deliveries through a roadblock on Truecaller for Piaggio.”

Speaking about the most challenging project that he has ever worked on, Chandiramani said, “We on-boarded a real estate client but the challenging thing with real estate clients is that they expect leads and sales and to get those leads and sales for properties running into crores is not an easy task. But since we had on-boarded the client, I was faced with this challenge. We decided to tackle this challenge head-on and tried to use a lot of data and insights to figure out a couple of platforms to drive some leads.”

Chandiramani and his team ended up delivering four times the lead that they had committed to.

Working with people and managing relationships well is, according to Chandiramani, one of his biggest strengths.

He also thinks that being organised is something that he needs to work on.

“With the quantum of work and expectations that come in, in this industry, people tend to get a little unorganised in the way they function. This is the one thing that I have also fallen susceptible too. I have known people who planned and managed every minute of every day and while I don’t want to be doing that, I would like to improve on my organisational skills.”

Being an introvert in an industry of extroverts, the one thing Chandiramani really likes about his profession is the growth prospects it has presented him.

“This industry allows me to expand my personality a lot. It helps me to open up and think out of the box.”

“My channel on YouTube is called ‘Chiggy Chan’ and everybody calls me by that name actually. I make videos that entertain people. I started making these videos because I wanted to make people smile and I wanted to do something apart from the daily grind of life.”

And where would he have been if not in advertising?