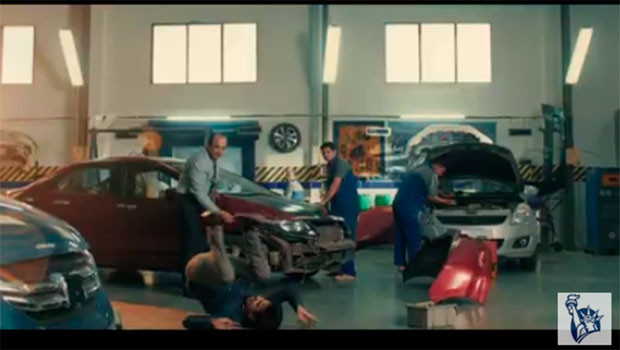 Liberty General Insurance, the general insurance company (excluding crop insurance), has launched its first set of television commercials, highlighting the brand ethos as well as its health and motor insurance products and services. Through the campaign, the company aims to placate sceptical consumers’ worry on their claims getting stuck in the fine print. The campaign ‘Milega Milega’, devised by PointNine Lintas, emphasises Liberty General Insurance’s assurance of claims settlement that the consumers rightfully deserve.

The TVC is a light-hearted take on the consumers struggle to get their claims settled. In both the TVCs of motor and health insurance, the protagonist takes a journey of penance, hoping his antics will ensure a claim he rightfully deserves, only to end in disappointment. The films culminate with a message saying that with Liberty, one need not go through such pain, as one can be sure of speedy claims settlement and fair play. The TVCs also highlight the USPs of Liberty’s products and services.

Roopam Asthana, CEO and Whole Time Director, Liberty General Insurance, said, “At Liberty General Insurance we have a legacy of assisting our customers with integrated insurance solutions. With this campaign we are motivating people to fearlessly go forward and avail of the benefits of being an insured individual.  This campaign also marks a start of a new direction in our brand strategy and we have some exciting plans, which will fructify over time.”

Pankaj Arora, President, Personal Lines, Bancassurance and Affinity and Marketing, Liberty General Insurance, said, “Multiple factors act as deterrent for customers in adequately covering themselves against risks, the prominent one being the fear of not getting claims. Our TVC is an effort to dispel this myth. At Liberty General Insurance, our constant endeavour is to provide seamless support in a customer’s insurance journey, including speedy claims settlement.”

“The word ‘claim’ has become synonymous with ‘unsure’ — that is the default thinking in consumers’ minds today. The films are conceived to disrupt that thinking in a very quirky yet relatable manner, while associating the brand with the magical word that consumers want to hear — Milega,” said Raman RS Minhas, Group Creative Director, PointNine Lintas, Mumbai.

The TVCs will be aired on Sony Entertainment Television, Star Gold, Zee Cinema, Zee News, Zee Business, ET Now and Times Now. On Sony, Liberty general Insurance has come on board as Associate Sponsor for Indian Idol (for the pre-finale and grand finale episodes).