Karan Kumar, Chief Brand and Marketing Officer, Fabindia writes about the role of consistency and trust in brands that we embrace for life 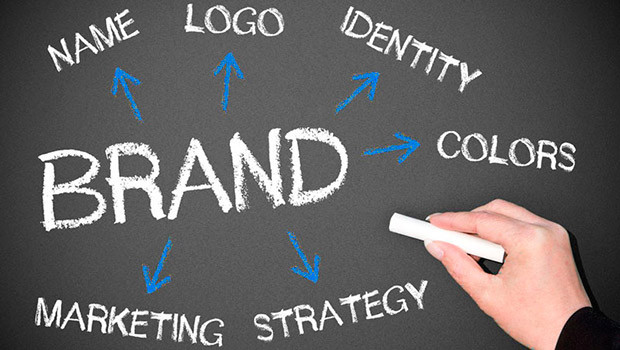 As marketers, I am sure all of us, sometime or the other, have been asked this seemingly innocuous question: What is a Brand? Innocuous as the question might sound, the answer to that one is far from simple. My own, and quite not so simple answer, has always been that a brand is a set of promises that represents its belief system. A belief system which when it finds resonance among audiences, makes them interact with the brand, testing their manifestation in the brand’s product and or service form. Upon consistently successful delivery of these promises, brands build relationships of trust with their audience. It is this ‘Trust’ which forms the bedrock of a unique experience — one that is anchored in a relationship that is both exacting and forgiving, often stretching beyond the core features of the product that the brand represents. Well, I said earlier, mine is no simple explanation!

Today, successful brands are true markers of the organisation’s ability to drive market and revenue leadership. Outside of revenue, brands are instruments that help capture higher margins, often nurturing new categories through extensions and helping anchor an enterprise’s strategy on market and geographic expansion. In other words, brands are both the true representation of an organisation’s capability as well as the key to ensuring that capability earns preference and consideration in a competitive context among audiences spoilt with choices.

But how did this concept, the concept of the Brand, come into existence? What were the beginnings and were they humble? Some of these questions have honestly intrigued me for a while and it was but natural that one day that this growing curiosity led me to seek some answers. And while I don’t definitively know whether I have reached the bottom of this subject, I do think I have managed to unearth thoughts — at least arrive at my interpretation of the etymology, something I would like to share.

The industrial revolution in early to mid-1800s caused not only discontinuity in thought but also most importantly, in physical displacement. In other words, dislocation of people. People were on the move. Seeking newer economic opportunities, they were moving away from the lands they were born and brought up in to cities that were spread far and wide. These are common people — farmers, artisans and the everyday community folk. Carpenters, plumbers, house-keepers — everyone you can think of who made a small living using their own ingenuity and craft in their neighbourhood, moved.

This movement meant many things but among them all it also meant that people now were at a distance from familiarity. The familiarity of what they were consuming (the essentials) and where it was coming from because while commodities were being traded even before that time, the end product was often made within their neighbourhood by someone they knew and were acquainted with. With the displacement caused by the industrial revolution, suddenly, and unlike earlier times, now they found themselves not knowing anything where what they consumed came from.

They did not know who was making what they were eating or wearing, and whether it good enough. Most importantly, they did not know whether it was safe. This gave rise to an unforeseen need — one that never existed and therefore hadn’t been experienced before. The need to know.

In order words, the industrial revolution cut the cord between the (known) producer and the final consumer, causing a severance for the first time between the supplier and his audience. Life was no longer local, giving birth questions that nurtured ‘consumption anxiety’. The civil war, around the same time, further added to displacement and greater displacement meant even more people had similar worries.

I suspect that it was this search for trust, connection with the producer and quality of the product that may have given birth to the concept of the brand, as we know it even today.

I think somewhere manufacturers started to understand this and represented by a label (packaging), they started giving their own can of beans (as an example), a name or what could be called a ‘call-out’. A name that was represented on a label which had a distinctive and unique form — visual vocabulary complete with graphics, copy and fonts even if these would have been very simple to begin with. The William Underwood Company is one of the earliest examples that seemed to have pioneered this effort with its product, canned meats. The label over time of course graduated from just representing a distinctive name and typology to also carrying information on the product and the supplier that consumers first found comforting and reassuring, and thereafter, also enjoyable to read!

Other products and their companies followed suit. Beyond product descriptions, these labels did something else that was very powerful. They created ‘Trust’ — delivered through quality, consistency and most importantly, the knowledge of people who were who were making these products. More than quality perfection, what consumers sought was familiarity and lack of (bad) surprises!

Think about it. Long after the industrial revolution and the civil war, is that an expectation that is very far from what we have today? Slick advertising campaigns may attract our attention, but the reality is that we approach any new brand with a (slight) sense of scepticism that leads to added scrutiny. Maybe this is anchored in our primal instinct — one to first and foremost, protect ourselves and keeping ourselves safe. Only when we are sure of that — though self-trials, referrals or reviews from people we know, do we even consider adopting anything new, including a brand in our lives.

My message and recommendation to brands: Be consistently good all the time than being great some of the times. Audiences seek consistency and surety that leads to building of ‘Trust’. That truth has remained unchanged since the time of industrial revolution and the civil wars and continues influence us in many ways more that the history books ever detailed those episodes!