Fastrack’s Reflex Wav ensures the control is in your hand 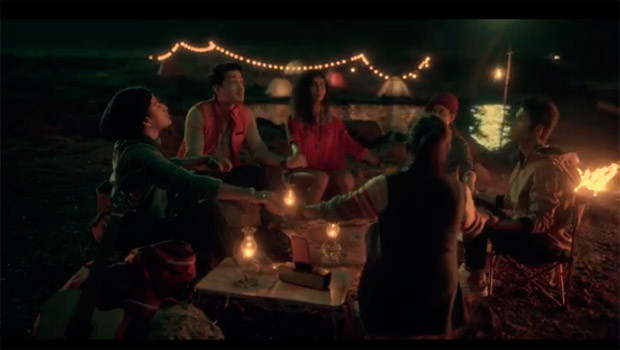 Fastrack’s latest introduction to the smart category is the new feature-packed Reflex Wav, targeting the 15 to 25 years age group. This band uses a simple gesture of twisting your wrist to bring alive the thought of — It’s all in your hand. The launch film uses horror to bring out a very cutting-edge technology in a light and Fastrack manner.

The objective is to bring alive the latest technology of using gestures to control your music, click pictures and reject calls. It adds to the brands tech credentials by promoting the slimmest smart band with a gesture control and creating awareness about the latest product in Fastrack’s smart band line up — The Reflex Wav.

The film is set in an eerie campsite by the lake. The key protagonist, the girl, uses an Ouija board to call a spirit. The group of friends around are very sceptical initially about the presence of a spirit around. She seamlessly uses the gesture of twisting her wrist to change the music on her phone placed on a dock. The constant switching of songs adds to the eeriness of the surrounding. It makes the group of friends, especially the male protagonist, believe the presence of something supernatural around and he instantly reaches for the girl for comfort. She smartly uses the gesture feature of Reflex Wav to prank her friends and is very successful at the end of it. The ad brings out the gesture control feature of the new Fastrack Reflex Wav in a funny and light manner.

Suparna Mitra, Chief Marketing Officer, Titan Watches and Accessories, Titan Company Limited, said, “At the heart of it, the Fastrack Reflex Wav is a true innovation, its features and build quality is a first to the market. Reflex Wav, the slimmest smart band with a display, also introduces 'gesture control technology' to the consumer, unabashedly. This gesture control feature helps one to change music and take pictures with a simple twist of the wrist.

“Fastrack has always met the ever-changing needs of the youth with offerings that fulfil their aspirations. All across the globe, youth today want to enrich their lives with meaningful experiences, be it their choice of music, taking selfies or owning the latest tech gadgets. And true to the brand's codes, the ad introduces this revolutionary product in a very relatable, youthful and cheeky manner.”

Ayushman Chiranewala, Marketing Head, Fastrack, Titan Company Limited, said, “The youth today rely on technology for even the smallest tasks. We constantly look at upgrading our smart bands to simplify lives. Today, being able to track your sleep, activity tracking, etc, have become must-haves in all smart bands. Hence, our latest offering needed a differentiator that adds value to their lives. The Reflex Wav uses cutting-edge technology to control music, camera etc., with a simple gesture of twisting the wrist. The film brings this feature alive in a very light, humorous and Fastrack manner.”

Arun Iyer, Chairman and Chief Creative Officer, Mullen Lowe Lintas Group, said, “The truth is today’s youth likes to take control of the situation. This feature lends wonderfully to that behaviour trait. You can control most aspects of your life with this band. There’s also a certain magic quality to this feature. We decided to portray that through the genre of horror-comedy, which happens to be the flavour of this year.”

Hari Krishnan, President, Lowe Lintas, South, said, “Reflex Wav is a first-of-its-kind product from Fastrack. The challenge was to bring alive the technology in a Fastrack way. For today’s youth, a mere swipe of the finger can lead to interesting outcomes. In its own inimitable way, Fastrack tells the youth that a mere twist of the wrist can lead to exciting twists in life.”