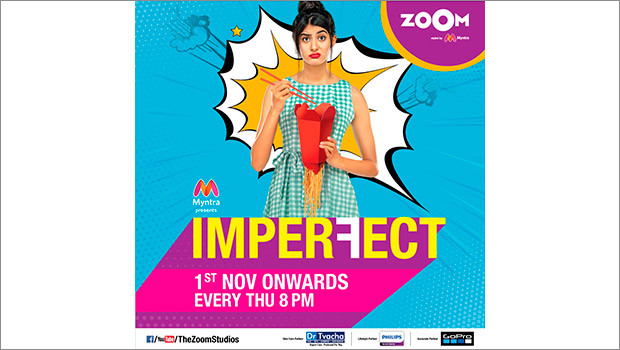 The Zoom Studios, original content arm of zoOm, is all set to launch its new show ‘Imperfect’. The romantic comedy, unfolds the journey of 27-year-old girl Isha Sanghvi, who in her relentless pursuit of perfection faces a whirlwind of uncertainties that life throws her way and rediscovers herself when her fairy tale world gets shattered. The show will premiere on Thursday, November 1 at 8 pm on The Zoom Studios YouTube Channel and zoOm.

Nikhil Gandhi, President, Times Network said, “We are excited to launch our new original series, ‘Imperfect’, a slice of life and refreshing take on the concept of perfection. We are particularly thrilled with the initial response the show is getting on the trailer and show look. Unconventional and humorous in its storytelling & treatment, I’m sure the show will strongly resonate with the audience. At Zoom Studios, it’s our continuous attempt to deliver on our promise of offering real, conversational and engaging content.”