Led by Global Chief Creative Officer Debbi Vandeven, the agency has announced chief creative officers across the regions except for Asia. It is actively recruiting a regional CCO in Asia 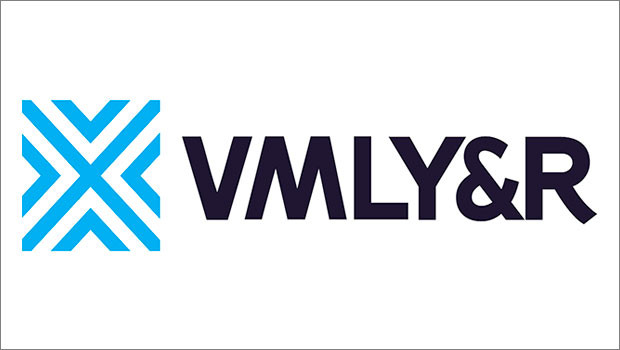 VMLY&R has announced its creative leadership team. The announcement follows the unification of VML and Y&R to create a new brand experience agency, VMLY&R.

VMLY&R's creative organization will be led by Global Chief Creative Officer Debbi Vandeven, who was previously Global CCO of VML. Vandeven is one of very few female global chief creative officers in the industry. She will lead more than 2,000 creatives across the world. Vandeven will report to Jon Cook, VMLY&R Global CEO.

"Since joining VML in 2000, Debbi has fostered a collaborative creative environment that delivers innovative work driven by inspiring connections across the connected consumer experience for clients around the world," Cook said. "Under her leadership, VML experienced unprecedented award recognition, including being named Cannes Lions Entertainment Agency of the Year two years in a row. She will, undoubtedly, continue that momentum in her new role."

This year, Vandeven was part of the founding group of female agency leaders who launched Time's Up/Advertising to address the industry's pervasive problems with sexual harassment and gender inequality. She was named one of Ad Age's "Women to Watch" in 2014 and is a strong supporter of initiatives advancing women in creative leadership. This mindset contributed to VML being named one of the first-ever 3% certified agencies in 2017.

John Godsey and Jason Xenopoulos have been appointed CCOs of VMLY&R North America.

His 25 years of brand-building expertise includes stints at FCB-Chicago and JWT-Detroit.  At JWT, Godsey helped create a branded content discipline for Ford and Lincoln. In 2010, Godsey joined VML where he helped win the agency's first Cannes Lion in 2012.  Since then, his leadership has helped bring home nearly 50 more Lions for VML, including work for Wendy's, Gatorade, NAPA and Tennessee Tourism.  In 2018, VML was ranked in the top 10 globally at Cannes where Godsey's most recent film, "It All Begins with a Song," helped VML in being named Cannes Entertainment Agency of the Year for the second year in a row. Godsey has served on international award show juries, including Dubai Lynx, New York Festivals, Webby and multiple Addy and One Show juries.

Godsey will reside in the principal office of Kansas City.

In addition to his new role as North America CCO, Xenopoulos will serve as CEO of VMLY&R New York. He previously served as CCO, EMEA, based out of VML South Africa's office in Cape Town. His leadership has been vital to the growth of the agency's creative reputation in South Africa and on the global stage. He helped lead VML South Africa to win a host of local and international awards, including VML being awarded Cannes Entertainment Agency of the Year in 2017, largely because of work for Absolut Vodka. In 2010, Xenopoulos co-founded NATIVE, which became part of the VML global network in 2013; he previously served as CEO and CCO of VML South Africa.

Xenopoulos will reside in the principal office of New York.

Jaime Mandelbaum has been named Regional CCO of Europe. He has served as Chief Creative Officer of Y&R Europe since January 2016.

He has been instrumental in driving award-winning work in the region. Under his leadership, Y&R brought home the first and second Gold Cannes Lions for the Czech Republic as well as the first Grand Prix for Turkey in 2015. Y&R EMEA ranked #1 regional network of the year at Cannes Lions 2017.  And recently, he was named to the Golden Drum Hall of Fame. He has worked across three continents with top global brands like Adidas, Absolut Vodka, Bel, BBC, BMW, Chanel, Coca-Cola, Danone, Forbes, Harley Davidson, LG, Marks & Spencer, Nike, Playstation, Volvic and Vodafone. He previously served as chief creative officer for the Central and Eastern Europe region and first joined the agency in March of 2010 as chief creative officer of Y&R Prague. He has also worked with agencies including TBWA Berlin, Leo Burnett Prague, Jung von Matt Hamburg and Kaspen Jung von Matt.

Prior to joining Y&R, he worked at Lowe, DDB, McCann and TBWA. Throughout his career, he has led communications for global brands such as Coca-Cola, Danone, Visa, Colgate, The International Olympic Committee, Red Cross and Unilever, among others. He has been a speaker, jury member and awarded in the top industry festivals: Cannes, Clio, One Show, London Festival, New York Festival, El Ojo de Iberoamerica, El Sol, FIAP and Effie. Goldberg was selected as one of Forbes' 35 under 35.

Paul Nagy has been named Regional CCO of Australia and New Zealand. He has more than 20 years of experience leading international agencies and brands. He has been awarded gold at all major international award shows - including Cannes, Award and the Effies - and his work has been included in WARC's "100 Smartest Marketing Campaigns In The World" in 2014, the "Best of the Best" award at AIMIA and B&T's Campaign of the Year in 2015 for Dolmio "Pepper Hacker." This year for Y&R, he has won gold at Cannes AdStars, and the London International Awards, in addition to a Grand Prix at Spikes Asia.

He has been recognized numerous times at Cannes Lions, D&AD, Loeries, One Show, Art Directors Club, Effie Awards, New York Festivals and more, and brings a wealth of global experience and clear purpose into his work, having travelled and worked across some of the world's top agencies. Before joining VML, McManus co-founded jointhepipe.org, a nongovernmental organization that won Best New Initiative from UNICEF. He also co-founded The Soon Institute, a company focused on prototyping futures within the communication industry. McManus has been listed in Mail & Guardian's "200 Young South Africans" list and The Media's Top 40 Under 40. He also sits on the executive committee of Creative Circle in South Africa.

In 2018 he was named among the top 10 Global Agency Leaders by Adweek. Patankar has been one of the most effective and awarded creatives in the region. He has created celebrated work for Coca-Cola, Harvey Nichols, Landrover, Colgate and many others. Before joining the agency, he led creative in Asia with Saatchi & Saatchi Mumbai and Ogilvy Singapore. At Ogilvy Singapore he worked on DBS, the largest bank in the region, and at Saatchi & Saatchi his work for Ariel made him the No.1 ranked creative in India and helped the agency become the most awarded in 2000. At Cannes Lions, he helped Y&R EMEA become Regional Network of the Year in 2017 and the 4th most creative agency in 2013.

The agency is actively recruiting a regional CCO in Asia.