This Children’s Day, brands have a progressive message for all

From gender equality to sexual orientation, brands are trying to make a different point through their campaigns on Children’s Day 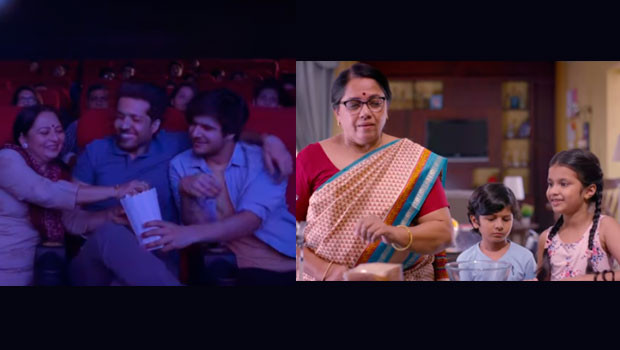 Children’s Day is here and brands have taken the progressive route this year to appeal to children and adults alike. The theme this year seems to resolve around acceptance and equality for all. BestMediaInfo.com takes a look at how brands get their message across this Children’s Day.

This Children’s Day, BookMyShow urges parents to love their children unconditionally. In light of the historic Supreme Court judgment that abolished section 377, the ad film, conceptualised and executed by BHH India, addresses the stigma that many Indian parents harbour regarding the sexual orientation of their children and asks parents to love their children no matter who they love. In the ad film, we see a young man, sitting in a movie hall, reminiscing about his childhood and how he watched movies every week along with his parents. He then goes on to speak about how they grew apart and became estranged once he grew up and eventually moved in with the love of his life. The film, however, ends on a happy note, when we see that the man is reunited with his parents after the apex court judgment.

Godrej Appliances has tried to break gender roles through its Children’s Day campaign. The campaign titled #LetsStartRight and created by Creativeland Asia, questions the prevalent mindset in the Indian society in terms of set gender roles and emphasises the need to break free early. The ad film tries to highlight an everyday story, where consciously and very often unconsciously, we condition our children with the age-old gender biases. The film begins with a little girl asking her grandmother to teach her how to make a bread pudding. Hearing this, the girl’s brother who is also in the room, asks to be taught the recipe as well. The grandmother initially refuses, asking the boy to play cricket instead but then realises her mistake and decides to change with the changing times.

This Children’s Day, Santoor Women’s Scholarship has launched a unique initiative to involve people to nominate girls they know who might need financial assistance to pursue their higher education. The campaign creative set in a rustic, riverside location depicts a young girl fetching water home. When you scan the ad in print or interact with the digital banner, it opens a video that shows the girl’s dream of becoming an engineer turning into a reality with the help of Santoor Scholarship. The girl transforms into a student in uniform carrying books to college. The campaign has been created by ADK Fortune Communications, Bangalore.