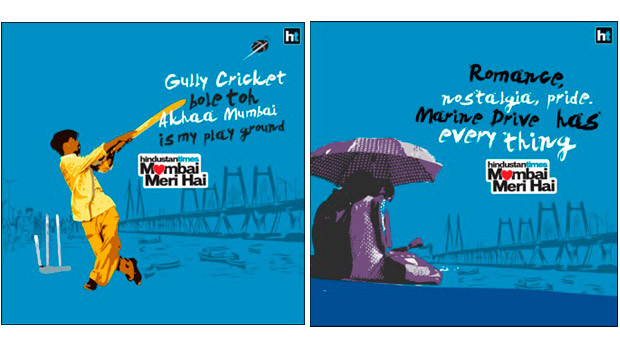 In the second instalment of its #MumbaiMeriHai campaign, Hindustan Times has reignited every Mumbaikar's love for their city. While the first part of the campaign last year was a nostalgic collection of all things in Mumbai, its follow-up this year celebrates the feeling of belonging that binds all Mumbaikars to their city. The brand is aimed to establish the newspaper’s market position as the mouthpiece of the city as well as its passionate citizens.

The celebratory digital campaign, conceptualised by IdeateLabs, revered every Mumbaikar's affinity to the city by inviting citizens to share what makes them feel ‘Mumbai is not just where you live, but where you’ll always belong.’ #MumbaiMeriHai was initiated with an all-encompassing music video that captured the nuanced way of life in the city. It was accompanied by a contest which encouraged people to sing along to the #MumbaiMeriHai theme song. Additionally, the campaign invited Mumbaikars to share their stories on what makes them belong to the city through pictures and videos. Both the contests received overwhelming support as Mumbaikars poured their heart out for the city of their dreams. The best entries were showcased and awarded on Hindustan Time's print and digital platforms.

Prerna Jha, Senior Marketing Manager, Hindustan Times, said, “Amidst all the bustle of this fast-paced city, Mumbaikars make the city their own through different ways. Through this campaign, we are celebrating the little ties to this dream city that makes everyone say Mumbai Meri Hai. Our communication intent behind this campaign is to highlight how we have grown in this city, how our understanding of this city and its people has grown and as a result, we bring the city to our readers, unlike anybody else.”

Ashish Rana, Business Head, IdeateLabs, said, “Every Mumbaikar has a different story and perspective about the city. #MumbaiMeriHai gave them a chance to share what they love about Mumbai. The campaign resulted in a collective sharing of memories by the people who make the city their own. The idea that Mumbai embraces places and people and shapes them translated into social media and resonated with Mumbaikars, making the campaign a success.”