The military-based show will feature 12 civilians who will undergo an ultimate endurance boot camp under the supervision of former special forces experts. This training will help them become ‘first responders’ in case of emergency situations 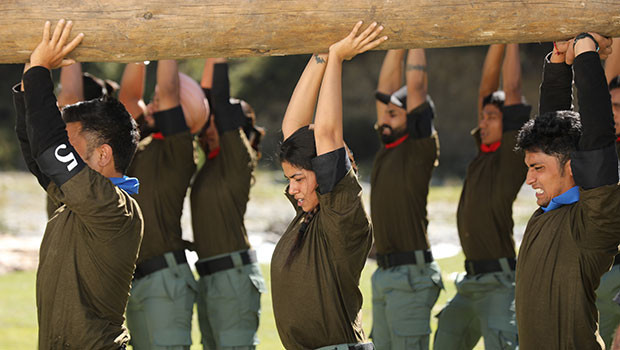 This training will help these civilians to become ‘first responders’ in case of emergency situations. The five-episode series will premiere on November 30 at 9pm on Discovery Channel and Discovery HD World and on Veer by Discovery, India’s first dedicated military channel available on YouTube.

The selected contestants have varied backgrounds, including an engineer, sports management professional, doctor, martial arts trainer, fitness enthusiast and a budding journalist. The India’s Citizen Squad has representation across the country, including Delhi, Uttarakhand, Mumbai, Kashmir, Haryana, Karnataka, West Bengal and Uttar Pradesh. They will undergo training at a specially created India’s Citizen Squad camp to be headed by Col. Manish Sarin, a veteran from the Gorkha Rifles, and along with him will be five ex-special forces soldiers from the MARCOS, NSG and the Para SF.

Zulfia Waris, VP Premium and Digital networks, Discovery Communications India, said, “India’s Citizen Squad is much more than a TV show — it is an attempt to inspire citizens to start a movement wherein each one of us comes forward and responds in case of an emergency even before the official help comes in. The Indian Citizen Squad, after getting intensive training, will be motivated and geared to be the exemplary citizen and set an example for others to emulate.”

Col. Manish Sarin, Camp Commander of India’s Citizen Squad, said, “The concept of India's Citizen Squad intrigued me. Imagine a bunch of youngsters, willing to go through the toughest of training, just so that they can contribute better as citizens. What would drive them to push themselves so hard, and whether they would really be able to walk the talk. To me, it is a test of faith in India's youth.”