In the new TVC, the former India cricket captain urges us all to not miss a single match of this super-exciting season 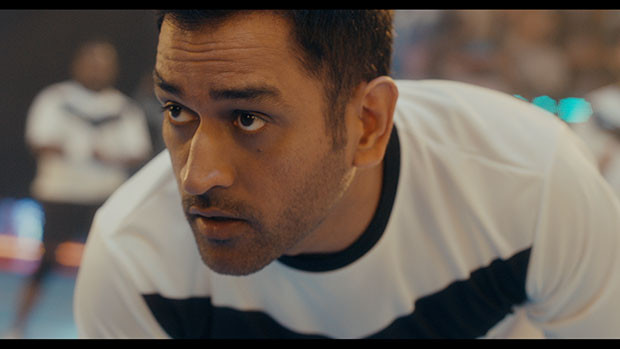 Star Sports has launched a new TVC featuring cricketer Mahendra Singh Dhoni, who can be seen in a never-seen-before avatar as a kabaddi player in the new TVC for Vivo PKL Season VI.

This season is in the midst of some nail-biting action as every match is going down to the wire. The new TVC is a call-out to all the fans to not miss the exciting matches.

The TVC opens with a usually calm and composed Dhoni going for an intense pressure do-or-die raid, amid cheering fans. He showcases some key kabaddi moves, including the famous dubki, followed by a leap to compete for a super raid. The action on the mat then cuts to the living room, where Dhoni is seen watching Vivo Pro Kabaddi League, to reveal that the action on TV is as real and intense and one simply cannot afford to miss a single second. The video ends by Dhoni saying ‘Yeh nahi dekha toh kya dekha!

The matches can be watched live at 7:30 pm onwards on Star Sports Network, including the FTA channel Star Sports First, in Tamil on Star Sports 1 Tamil, in Kannada on Star Suvarna Plus, in Telugu on Star Maa Gold and Hotstar. The sixth edition of the league started on October 7, 2018 and the tournament will end on January 5, 2019.