Buhlmann will formally step down as CEO on 31 December 2018 and continue to work as a special advisor to Dentsu Inc. in 2019 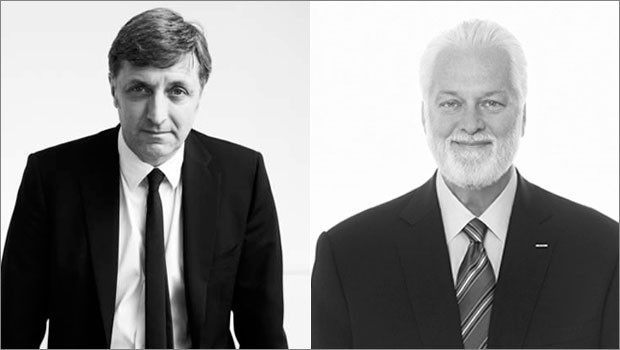 Buhlmann will formally step down as CEO on 31 December 2018 and continue to work as a special advisor to Dentsu Inc. in 2019.

Buhlmann said, “The highlight for me has been working with a group of very talented people and the impact we have been able to make based on strong team work, a supportive parent company and a dynamic culture. Dentsu Aegis Network is a critical part of the Dentsu Group’s growth story and with Yamamoto-san leading the Group and Tim Andree leading Dentsu Aegis Network, I have no doubt that the future will be very bright as the business moves to the next phase of its development."

Toshihiro Yamamoto, Representative Director, President and CEO of Dentsu Inc. said, “From the start, Buhlmann has had a bold vision for Dentsu Aegis Network. His drive and leadership has ensured that Dentsu’s acquisition of Aegis Group plc has been an outstanding success.  Dentsu Aegis Network is today a highly-integrated and highly-competitive global marketing service group built for the digital economy.   Since 2013, Dentsu Aegis Network has doubled its revenues from £1.8bn to £3.6bn and grown organically at twice the rate of its competitors.”

Yamamoto added, “I am delighted to appoint Andree as Buhlmann’s successor. Ever since joining Dentsu in 2006, Andree has led the globalization of the Dentsu Group. As a member of the Dentsu Inc. Board and also the Executive Chairman of Dentsu Aegis Network, Tim has a deep understanding of the business’s market proposition, culture and values.”

Andree said, “I have worked hand in hand with Buhlmann and the management team over the years and for this reason, the Dentsu Aegis Network management will move to the next stage with strong continuity and stability. We will continue to evolve as the most collaborative of networks known for its creativity, client focus and innovation.”

As per the company statement, between 2013 and 2018, DAN’s revenues doubled from £1.8bn to £3.6bn (FY17). Organic revenue growth rate is at 2.2 times the average of its competitors. Average annual total revenue growth rate stands at 15%. 2017 was a record year for net new business reaching £5.2billion. New clients in the past year include P&G, LVMH, JLR, AB Inbev, Intel and United Airlines. The company had 179 new acquisitions and investments, including the transformational acquisition of Merkle in 2016.