The programming line-up has travelogues, audience-based shows, newsmaker interviews, poll of polls, polling day and counting day coverage in an effort to bring a comprehensive coverage 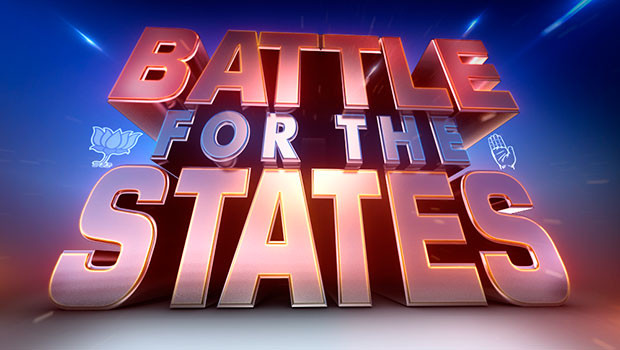 As Madhya Pradesh, Rajasthan, Chhattisgarh, Telangana and Mizoram prepare for the assembly elections, CNN-News18 has lined up exclusive programming to capture all the latest on-ground developments.

CNN-News18’s programming line-up ‘Battle For the States’ has travelogues, audience-based shows, newsmaker interviews, poll of polls, polling day and counting day coverage to bring insightful and comprehensive coverage. ‘Reporters Project’ traverses the length and breadth of poll-bound states, focusing on the common man’s issues. ‘Citizens’ Manifesto’, a special audience-based show from the five capital cities, gives a unique platform to voters to interact with their local leaders and voice their concerns and expectations. On counting day, get expert analysis of the implications. From general news to expert views and critical issues to debates, the channel will delve into all aspects of the state elections, with a 360 degree view of the electoral battle.

The ground reporters of the news network will bring information for its viewers.

Watch ‘Battle for the States’ on the news channel all through November and December.

Tags: CNN-News18 Battle for the States
Advertisment
More from this section