Produced by Riverbank Studios in association with Discovery Communications India, the film is about Gyamo, a snow leopard, and her two cubs who haven’t been seen ever since a big male snow leopard appeared. It will be aired on November 27 at 9 pm 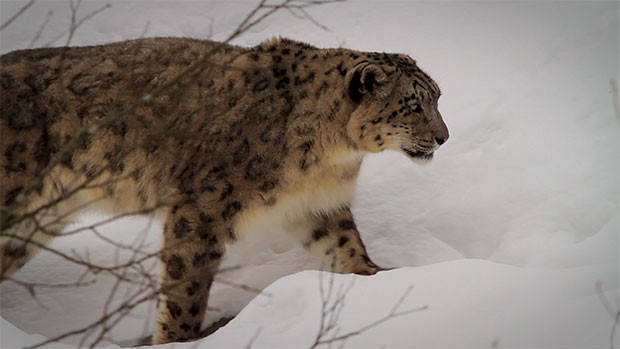 Wildlife channel Animal Planet will air a critically acclaimed award-winning film ‘Gyamo-Queen of The Mountains’ on November 27 at 9pm. Produced by Riverbank Studios in association with infotainment player Discovery Communications India, the film is about Gyamo, a snow leopard and her two cubs, who haven’t been seen ever since a big male snow leopard appeared. The father-son wildlife filmmaker duo Mike Pandey and Gautam Pandey return to Ladakh to pick up the trail and find the cubs. Exploring this amazing landscape, they discover there are many challenges that surround this endangered cat and threaten their very home.
The film has received accolades at film festivals globally, including the United Nations recognised Conservation Award at the Jackson Hole Big Cats Festival. Directed by Doel Trivedy and Gautam Pandey, ‘Gyamo - Queen of The Mountains’ has been screened at festivals, including the UN Forum, BANFF Mountain Film Festival, Official Selection at WCFF, New York, Jagran Film Festival and is part of premiers of The Quotes from the Earth Film Festival (to be held in December). The film is also an official selection at the Indian Panorama to be screened at IFFI 2018, Goa, on November 22.
Director Gautam Pandey and Doel Trivedy at Riverbank Studios said, “We still don’t know how many snow leopards are there in the wild. Before we even begin to understand the cats and this incredible vast landscape they inhabit we can already begin to see the impacts of development and tourism. The film is a small effort to understand the ecology that sustains the snow leopard and also the deep connection with people who share its home and try and find solutions to protect this elusive cat before it disappears forever. It’s wonderful to partner with Discovery Communications India to bring this issue to the forefront and finally have a platform for conservation issues in India.”

Zulfia Waris, Vice-President, Premium and Digital networks, Discovery Communications India, said, “Animal Planet has always been at the forefront of promoting conservation of wild animals. Our aim is to encourage and offer globally acclaimed content produced by the best production houses, whether in India or abroad. ‘Gyamo- Queen of the Mountains’ not just narrates the story of a snow leopard Gyamo and her cubs, it also highlights various human caused factors which are disturbing their life in a very endearing way.”

Tags: Animal Planet Gyamo Queen of the mountains
Advertisment
More from this section