Wavemaker is Media Agency of the Year with 400 points, followed by Mindshare with 305 points. The Grand Emvie went to Lodestar UM. Vodafone is Client of the Year for second time 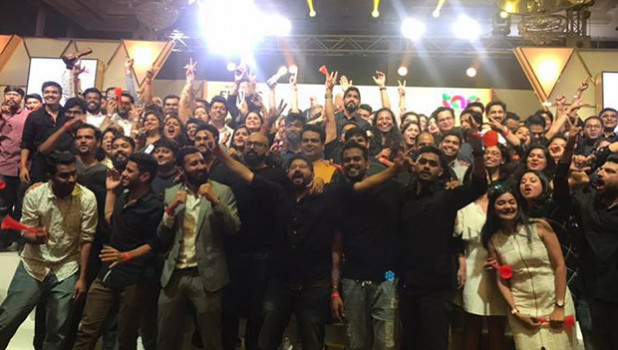 GroupM’s Wavemaker has clinched Media Agency of the Year with 400 points at the 18th edition of Emvie Awards, organised by The Advertising Club. Wavemaker grabbed 12 Gold, 12 Silver and 20 Bronze awards.

Vodafone, for the second time at Emvies, won Client of the Year with 195 points and HUL followed with 170 points.

Kartik Sharma, CEO, Wavemaker – South Asia, said, “Winning Agency of the year and Client of the year at Emvies has always been a great feeling. Its good when the industry appreciates your work and the work gets rewarded at such an esteemed platform. This feat wouldn’t have been possible without our clients belief in us. And lastly, this award is for the team and because of the fabulous team I have, who put up such a stellar show.”

This year, TAC received 996 entries and 31 agencies participated in the competition. The event was attended by over 1,200 professionals from the Media, Marketing, Advertising and Research fraternities, out of which 21 Gold, 36 Silver, and 54 Bronze were given. The Best Implementation Team of the Year went to Lodestar UM for Samsung, shared with Wavemaker for Vodafone India.

For round one, TAC roped in as many as 159 media professionals while the final round judging saw case study presentations wherein 57 top-notch marketing professionals and three industry stalwarts from the creative agencies judged the 189 shortlisted entries.

The 18th edition of the Emvies held on Friday, October 5, at St. Regis, Mumbai.