Conceptualised by Taproot Dentsu, the campaign led by a TVC is being rolled out across out of home, digital and social 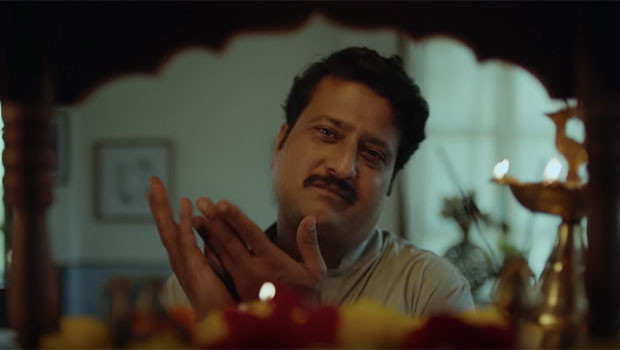 Star Sports has launched its latest television commercial to promote India-West Indies ODI and T20 series being played this October-November.

Heralding the explosive action between these two cricketing powerhouses, Star Sports has unveiled a new film called #BattleofSixes. Starring Jitendra Joshi, this film celebrates the action-packed cricket that is in store for cricket fans across the country.

The TVC, conceptualized by Taproot Dentsu, directed by Karan Shetty and produced by BubbleWrap Productions is a mix of realism and electric cricketing action. It blends the thrill of cricket with the many emotions, a cricket fan encounters, as countless sixes rain down on the stands when India takes on the Windies. Jab India aur West Indies bhidengay toh Sixes barsenge. #BattleofSixes will be rolled out across out of home, digital and social.

Gautam Thakar, CEO, Star Sports, said, “It’s a universal fact that when India and West Indies have met on the field, it’s the sheer power play which has come to the fore. We are excited to be unveiling the TVC that does justice to the storm that stirs up when these two teams play each other and the contest between these two cricketing nations will truly be a #BattelofSixes to watch out for. With the state-of-the art broadcast and a magnificent line-up of commentators, we at Star Sports aim to provide a comprehensive TV viewing experience to all the fans across the world.”

The magnificent men in maroon – West Indies, known as fearless stroke makers, have demolished attacks with skill and power in ODI’s and T20’s against India. The Caribbean cricketers are both winners and entertainers, playing with a flair and freedom, pushing boundaries, feared by opponents and loved by fans. The current ICC World T20 champions, the West Indies team came with a plan, bettering their Indian counterparts in the semi-finals of the T20 World Cup, and is sure to bring new tactics to the table in the upcoming ODI and T20 series against India.

The nature of a limited overs series between India and West Indies is that it constantly moves in different directions, and that too at a rapid, almost breathtaking pace. Twists and exciting turns keep happening every few overs and this campaign showcases some of the reasons why – a non-stop downpour of heroic knocks when these two teams clash.