Not aspiring to be GroupM or Publicis, want to be specialists in digital brands, says Bindu Balakrishnan of DCMN India

In an interview with BestMediaInfo.com, Balakrishnan says she wants to grow the agency's client base five times and the revenue even further in the next 18 months. She also says DCMN aims to be the go-to partner for digital brands 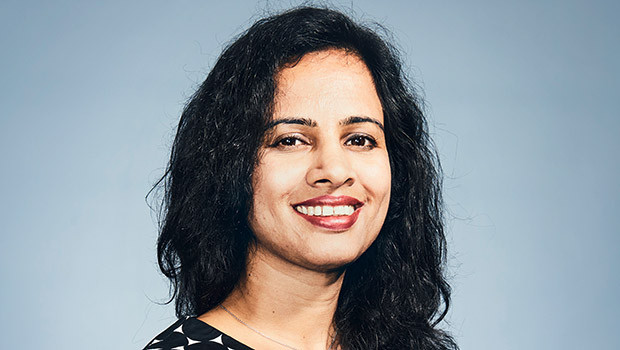 In the first two years since its launch, Germany-headquartered DCMN India has become the preferred agency for clients such as Truecaller, Cars24, Fynd, BankBazaar, NestAway, Grofers, ace2three, EaseMyTrip, DHL, Payback, SecretEscapes among several others.

Aiming to increase its client base by five times in the coming 18 months, the new-age media agency has a clear focus on the digital-first or digital-only brands.

But digital isn't the only thing the agency specialises in. It has designed a highly popular ‘TV tracking tool’ called DC Analytics. With it, the agency is able to design a highly targeted and minutely optimised television plans for its clients.

Speaking to BestMediaInfo.com about when and how she will take the agency to the big league of the media giants, Bindu Balakrishnan, Country Head, DCMN India, said, “Being in the big league doesn’t mean being in the same space as a GroupM or a Publicis. This is not who we are. We want to grow our clients by five times and hence, our revenues would grow faster too, but we won’t have these giants in direct competition. We want to carve out a niche for ourselves where we are the ‘go-to’ partner for the digital brands. We want to be the specialists for the digital brands.”

DCMN tracks the exact performance of a TV campaign, its impact and the RoI that it drove at a granular level, through the traffic on the client’s website. The Indian market didn’t have any such option as of now. Overall, the brands can gauge the impact of a TV campaign even now, but not slot-wise, channel or programme performance.

But since the agency works through the clients’ websites, the tools and algorithms are restricted to being used only for the digital brands. The bigger monies though are generally spent by the traditional advertisers.

Balakrishnan said, “This has always been our focus. DCMN came into being from this very need of our founders — Andreas Dengler and Matthias Riedl. The serial entrepreneurs had founded a lot of digital companies on the way and suddenly realised that if they wanted to advertise on TV, there wasn’t any way to measure those spends. They wanted a system on TV advertising that was as transparent and track-able as digital advertising. They launched DCMN to fill that gap in the market. We see this as an opportunity, and not restriction. Our passion is to grow the market leaders of tomorrow, which are going to be the digital brands. There are enough and more digital brands out there and the numbers are increasing by the day. India is a more fertile environment for this growth.”

But one mustn’t forget that India is a unique market in the sense that digital still has very limited reach compared to TV and print. No matter how much louder we scream digital slogans, the largest existence and reach is that of traditional brands. How far can DCMN go in India? What’s the scope? Are they also looking at converting some of the hard-core traditional brands to digital?

Balakrishnan answered, “There is enormous scope in India. Europe is a few years behind New York in terms of marketing and growth, while India is few years behind Europe. If you look at the number of brands growing online in those markets, India’s growth is almost at par. In the west, most of the products are accessible to everybody offline, but India is different. Fashion and electronics are very good examples; they were not so easily and widely available in the tier III markets. The population in these markets had the aspiration and affordability but no means to reach these products. E-commerce is exactly providing this accessibility. Plus, the cost of being online for a consumer is not much, considering the dropping prices of smartphones and data.”

Though the agency tracks performance on the basis of exact walk-ins on the clients’ website and the exact purchases done, it doesn’t work on the cost per sale or cost per consumer model. Its revenues are directly related to the percentage margin that any other media agency would work on.

Is the battle actually between KPIs and GRPs? Balakrishnan said, “The bigger agencies work with a lot of traditional FMCG brands that are much concerned about branding and top-of-the-mind recall. These brands need GRPs, which is a better metric for them. But the digital brands cannot be fitted into the same shoes. The bigger agencies are trying to bring the digital brands to the same parameters, without understanding that the requirements of these brands are very different. Performance is key to these brands; the conversions from watching the ad on TV to visiting the website and making the purchase is crucial. For them, it is more about the RoI.”

She added, “You must deal with the digital brands separately. That’s what we do. We talk in their language. What is the CPM of the channel? What is the CPV expected out of the campaign? We have a CPM for every channel, which is our basic guideline. Normally, we give a forecast of CPV to the client before starting the campaign, and we have almost every time beaten that. For example, for Truecaller, the downloads were not the parameter. It was more about the number of people who start using the video call feature or the flash message or the payment feature.”

DCMN India’s plans work in two parts. The agency has a lot of legacy data culled from previous campaigns. This data is about responses of consumers on a particular channel at a particular time for a particular category of product. This is the basis of the first cut plan that goes live and, meanwhile, the tracking of website and performance. By the middle of the campaign, it analyses the data and sharpens the rest of the plan. “From the first part of the campaign to the second part, the CPV drops from say Rs 50 to Rs 35-40. Thanks to our optimisation, the same budget is bringing more impact. It is reducing media spillage,” added Balakrishnan.

Digital as an advertising medium has been criticised enough and more about being an over-targeted medium. A little spill-over is always found to be good. To this, Balakrishnan said, “Digital is more granular and there is shrinking audience. We are still planning on TV, albeit with slightly more targeting. If our audience was shrinking, we wouldn’t have got the kind of response that we continue to get in the following campaigns. You have about 850 channels in India, so you have to sharpen your plan as per the response rates of the channels. We would not hit the problem of shrinking audience as far as we are working on terrestrial TV. Our meaning of ‘wastage’ of media doesn’t necessarily mean spill-over, it means hammering the brand message to people on a certain TV channel who are not responding to your messaging or who are not getting associated to the brand at all.”

DCMN started off in Berlin, which is also its headquarters and so Germany is crucial for the agency. Besides that, it has offices in London, New York, Paris and Cape Town. In India, it is more specific in the sense that an Indian brand only advertises in India, except for a few such as Oyo Rooms and Ola. But in the West, in Europe and the US, there is a lot of cross-country marketing. So, the agency actually carries campaigns in over 40 countries.

“India is the first Asian market that we have entered. We were looking at Malaysia and Indonesia in the South Asia region to expand our footprint, but the plans are on hold for now. Cape Town is our latest addition and we want to strengthen and consolidate the existing businesses,” added Balakrishnan.

With each plan being unique to itself, the agency doesn’t believe in bulk buying, which might not be helping them in negotiating with the broadcasters. However, Balakrishnan said, “Most of the people/ planners who have come to DCMN have come from the bigger networks and they have a fair understanding of rates. We negotiate very hard to get that rate. A lot of TV channels also know us as partners. There are many digital brands that want to advertise on TV but the opacity is holding them back; these get more comfortable because of our plans. We also tell the channels that due to high rates that they offered us, the CPMs went up and hence we might not be able to include them in the next plans. On the back of the data that we have, we are able to negotiate.”

Rate has not been a big hurdle for us.

Does this mean that the brands with smaller outlays can also hop on to television advertising now? She said, “Absolutely, because we can drive very targeted campaign. This is a misconception that any brand will have to spend a minimum of Rs 10 crore to be on TV. We have done effective campaigns for Rs 1 crore too and then when they see the results, they increase their budgets. A traditional branding campaign requires you to be there all over on prime time TV. But we are driving a performance-driven campaign wherein we are not bothered as to how many people saw the ad, we only know as to how many people reacted to the ad.”