The latest addition to the #MeToo movement is Rahul Johri, Chief Executive Officer at the Board of Control for Cricket in India (BCCI), who has been accused of sexual harassment by a former female colleague when he was serving as Discovery Networks’ Asia Pacific Executive Vice-President and General Manager for South Asia — prompting the board to ask for an explanation.

The latest allegation comes as big names in the Indian media and entertainment sector continue to pop up every day over sexual harassment.

A female journalist shared a survivor’s story on Twitter on October 12 without revealing her name. Later, the journalist requested all media not to quote/mention/link her tweet.

The journalist wrote: had emails sent about a BUNCH of head honchos in media. survivor has asked to not put out all the names. Rahul Johri, your #timesup  #metoo (sic) 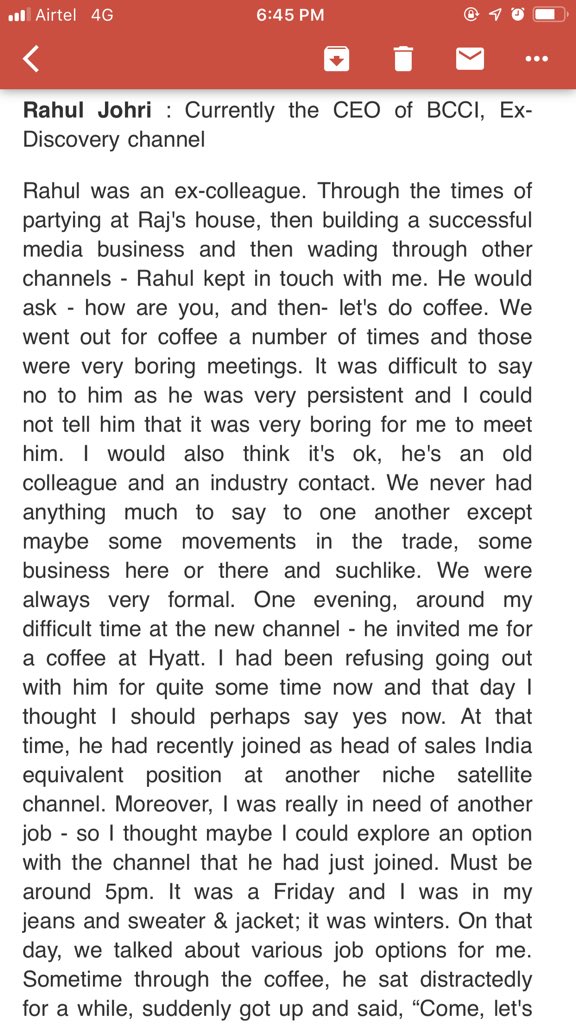 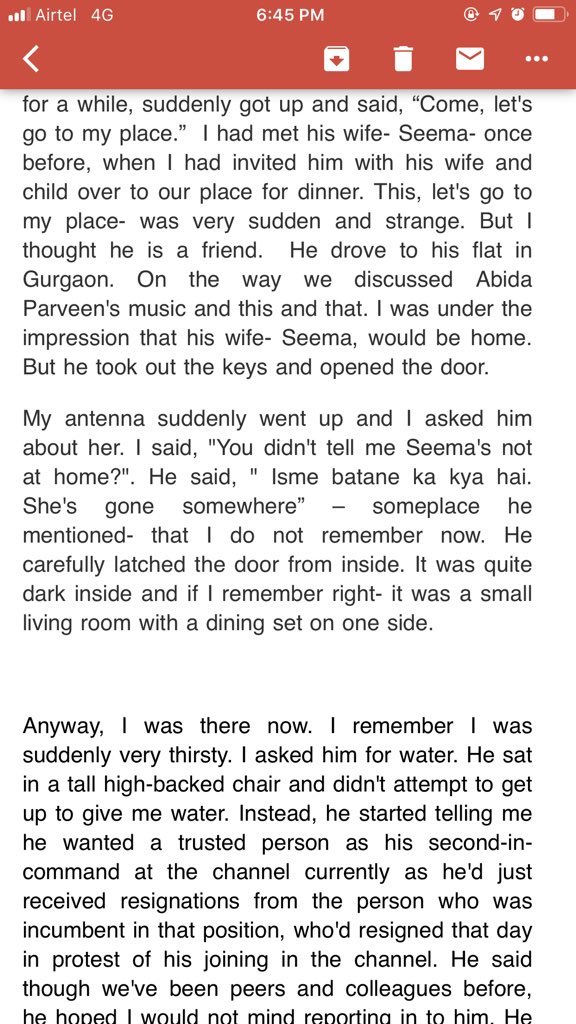 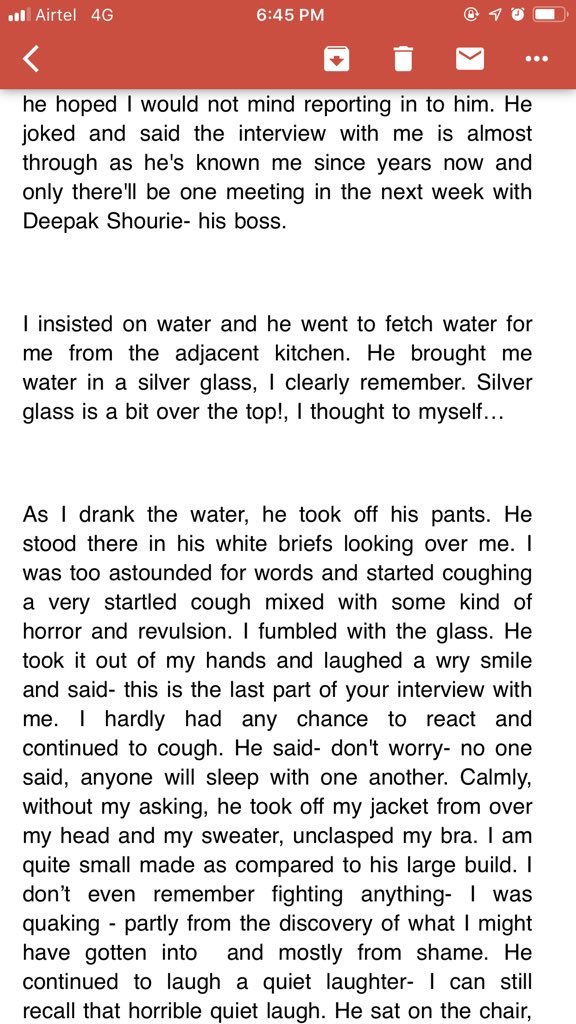 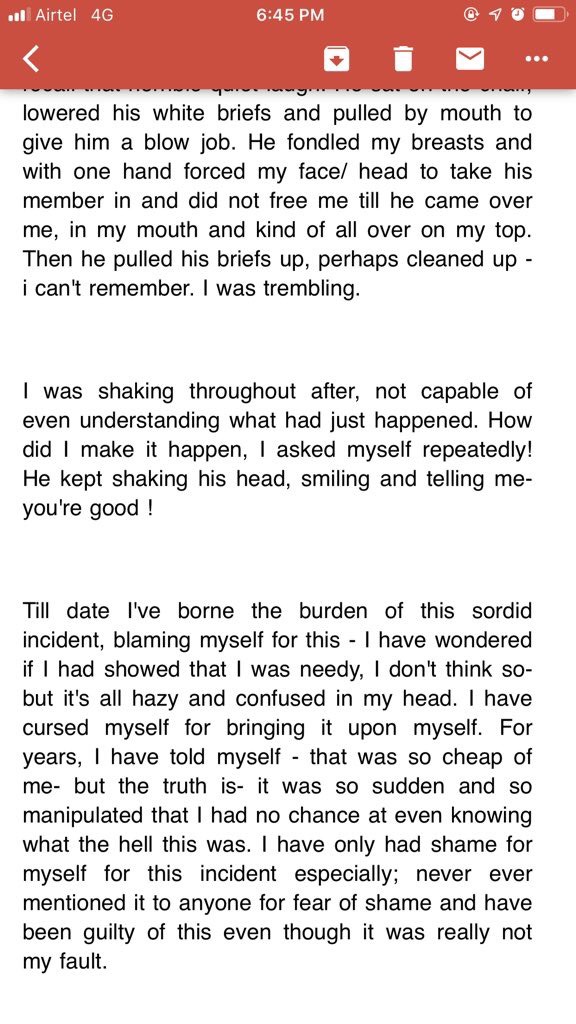 According to InsideSport, there were other allegations of sexual misconduct involving a BCCI top boss in the past.

Taking note of the media reports, the BCCI has now asked Johri to give an explanation on the allegations in a week’s time.

“There are certain media reports today, including in the social media, pertaining to Mr. Rahul Johri, CEO BCCI,” the BCCI said in a press statement. “The reports disclose allegations of sexual harassment made against Mr. Johri, by an unnamed person through a Twitter handle. The allegations also relate to his previous employment with a large media house. The allegations have appeared as a part of the “me too” movement.”

“Though the said allegations do not pertain to his employment with the BCCI, the Committee of Administrators of the BCCI has deemed it appropriate to seek an explanation from Mr Johri in relation to the allegations. He has been asked to submit his explanation within a week. Future course of action will be considered on receipt of his explanation,” the press statement said.

In another tweet, the journalist shared another letter by the same survivor about Radiowallah owner Anil Srivatsa, who has been accused of misconduct during his tenure as COO of a Delhi-based FM radio network. 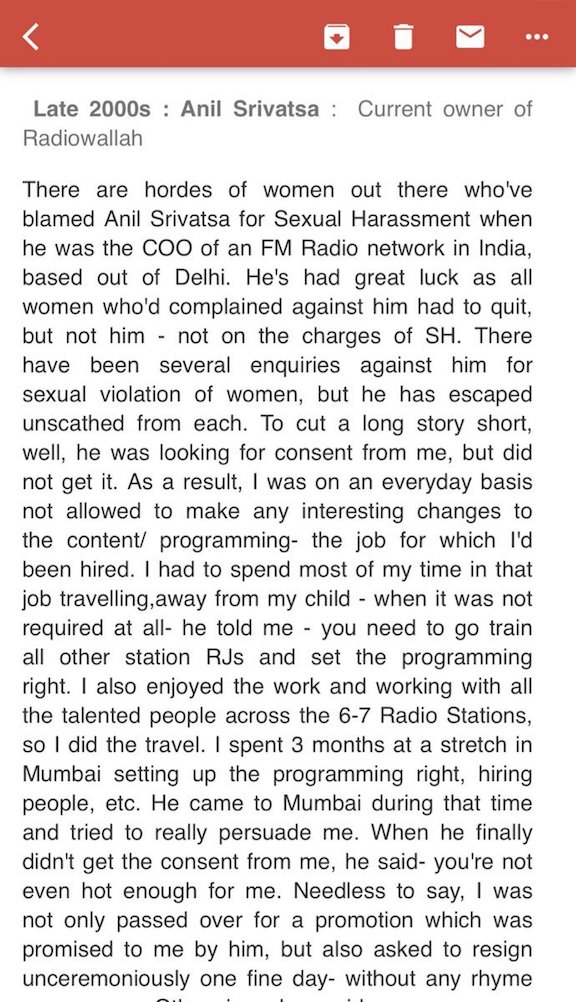 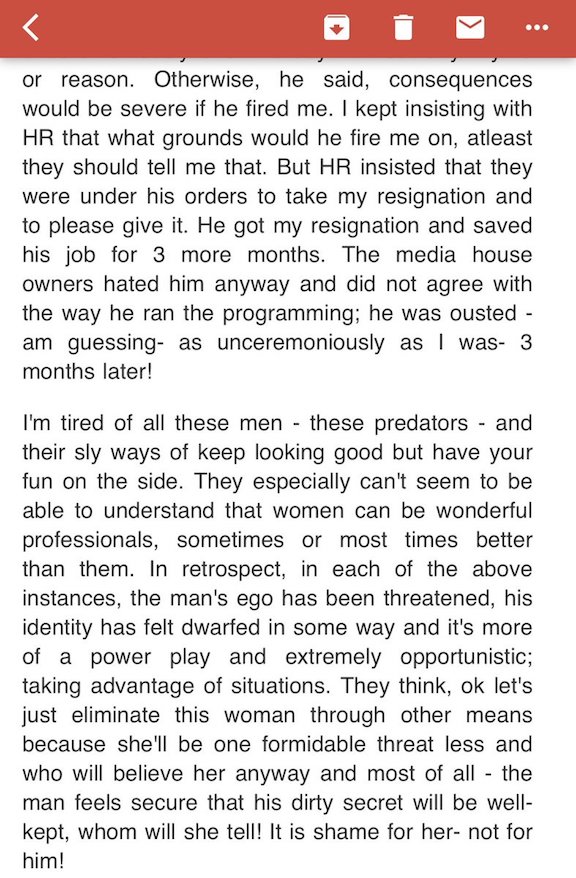