How data can be used as a source of creative expression 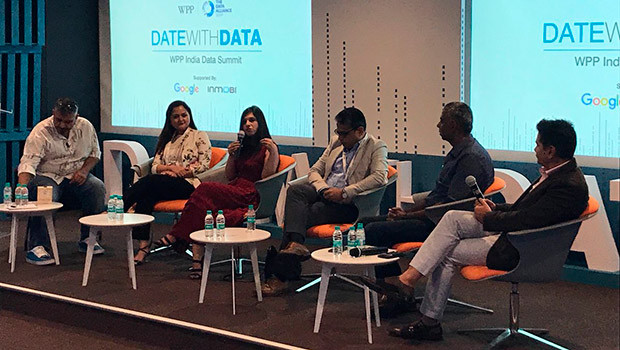 During the fourth and last panel discussion at ‘Date with Data’, a one-day event by WPP India, industry experts deliberated on the topic, ‘Data as a creative source of expression’. They discussed how data can be used to inspire creative, create content and make communication plans to connect with the consumer.

The dialogue began with an outline on the combination of data with creativity. Deepshikha Dharmaraj, Chief Business Growth Officer, Genesis Burson-Marsteller, expressed her views on how just data isn’t enough to get into the insight, hearts and minds of the consumers. Experiences and gut feelings together with data create what is known as ‘genius’.

Dharmaraj said, “We as a PR firm constantly struggle with huge amount of data. Data is purely information unless you can tell a good story. If we want to know the human truth of a consumer, it intrinsically comes from the experiences and then comes a thought based on hypothesis. If we put data on top of hypothesis, that’s when the magic begins. And to expand the data collection to make it more intrusive, look for an insight of a campaign. Data and creativity are allies and go hand in hand.”

Commenting on a campaign launched by OgilvyOne WW — ‘Fuelled by love’ for British Airways — Anhas Gazi, CEO, WPP Data Analytics, said, “Finding the culture nuance and mixing it with data is finding emotional, social and creative component and this is what makes it a success story for brands.”

Commenting on the insight of human habits and finding creativity inside it, Kainaz Karmakar, Group Creative Director, Ogilvy, shared the story of ITC’s Savlon. “Two years ago, with a bland data that said 40% of diarrhoea and 20% of respiratory problems among children can be avoided by the simple habit of washing hands, we launched Savlon’s campaign. Kids being a tough target, we planned a lot of fun activities, including mixing hand wash with chalk powder. That’s how the whole Savlon mission was born.”

Kunal Jeswani, CEO, Ogilvy India, spoke about how to keep looking at different sources of data to get the insights and generate creativity. He also discussed craftsmanship of data with effective marketing.

“It is important to understand what kind of creative gets you what kind of results. We have built a ‘creative assessment tool’ that many companies, including Amazon, do use. Run your creative through that, find out your score and build developments on that,” said Adiya Swamy, Head of Agency Partnerships, Google. “In 2015 YouTube had two original creators who had one million subscribers. In 2018, 400 independent local creators have more than one million subscribers. They get real-time data, including demographics. They understand their engagement level through likes, views and comments that helps them create richer content,” he said on the quality impact on data.

Beyond primary research, how can we leverage rich consumer behaviour data emerging from digital platforms to drive stronger communication? Glitch shared the story of Radhika Apte’s Ominpresent (which ostensibly has Radhika playing every role in the series) and its two-minute spoof video, after listening to the memes trolling Netflix’s new show. Netflix was quick to realise the ‘Apte phenomenon’ that was building up on social media.

Discussing how data can be used to inspire creative, create content and make communication plans that have a deeper and personal connection with the consumer, Karmakar shared the experience of the video of an acid attack survivor, which later was picked up by Times magazine and gathered a lot of attention worldwide. “Acid is banned but the ban is not implemented. To make Supreme Court realise this gravity, we wanted people to file a petition. And to market the video, we cast a survivor who in the video tells people how to use make-up. As ‘how to…’ videos are famous and a hit, we made it this way, and the video was a success.”