Conceptualised by Dentsu One, the new campaign aims to promote leading features of Activa 125. It combines the reliability of Activa with the power of a 125cc engine and a stylish solid metal body 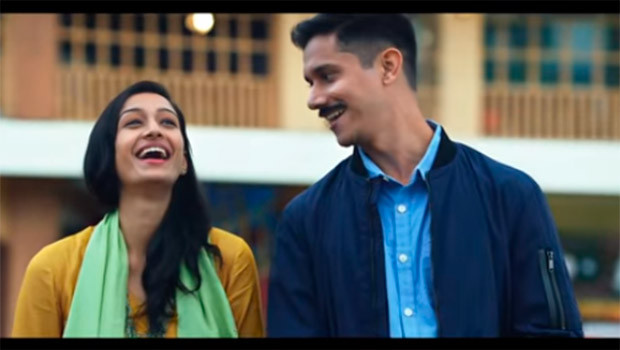 Honda Motorcycle and Scooter India Pvt. Ltd. has launched a campaign, ‘Sau mein se sava sau’, which showcases the 2018 edition of Activa 125 that comes equipped with LED headlamp, LED position lamp and a four-in-one lock with a seat-opening switch. It is conceptualised by Dentsu One, a Dentsu Aegis Network division.

The campaign aims to promote new class-leading features of Activa 125. It combines the reliability of Activa with the power of 125cc engine and a stylish solid metal body with a ‘frontastic’ chrome stance.

The story opens with a daughter starting the conversation, seeking her father’s approval on her choice of life partner. The father expresses initial scepticism about her choice. This is when the daughter elaborates on the qualities of the boy, which embodies the features of Activa 125. The first thing she mentions is his smartness where the film cuts to scooter’s chrome chest, LED headlamp and LED tail lamp.

The girl then describes him as sensible with the film cutting close on Activa’s console with the ECO mode indicator. On the daughter’s request, the mother also supports her by saying that the boy belongs to a good family. It is when the film reveals that the scooter is an Activa: India’s most trusted two-wheeler. The daughter reiterates her choice by saying that ‘he is as strong as her father’ with the frame focussing on the metal body of Activa 125 personifying robustness and confidence.

In the next frame, the boy is seen riding uphill smoothly with extra power and torque provided by Activa 125. Collaborating the narration, the parallel stories merge together. The boy arrives on Activa 125 and introduces himself as ‘Captain Vikram’, followed by greeting her mother. The father gets impressed with the boy when he relates to all his qualities with his choice of ride. He approves him by whispering to his daughter, ‘Sau me se sava sau hai!’. Summing up all features of the man, and consequently the Activa 125, the film ends with all four of them walking away together, with the voiceover ‘Wahi Activa ka trust zyaada power ke saath!’.

Yadvinder Singh Guleria, Senior Vice-President, Sales and Marketing, Honda Motorcycle & Scooter India Pvt. Ltd., said, “The purpose of this campaign is to showcase the new segment-leading product features and reiterate trust of brand ‘Activa’. With more than a million users, Activa 125 is synonymous with smartness, sensibility and strength. The power and torque of Activa 125 provides enhanced confidence to the customers especially on hilly roads.”

Titus Upputuru, National Creative Director, Dentsu One, said, “If you belong to a good family, you will have good genes. That’s the key insight we have taken to build communication for the campaign. Activa 125 hails from the family of Activa. The product scores 125 % in every aspect and that’s why the expression ‘Sau mein se sava sau!’ Shooting the film in a cable car was very challenging but we are very excited to see the final outcome.”

“The Honda Activa 125 is an epitome of trust and technology combined with power. The campaign draws beautifully from the strength of the product and crafts a story that shows how human relationships can be beautifully formed on the bonds of trust and equanimity of power. It’s a great example of how product and consumer insights can be married to create a memorable brand story” said Abhinav Kaushik, Executive Vice-President, Account Management, Dentsu One.