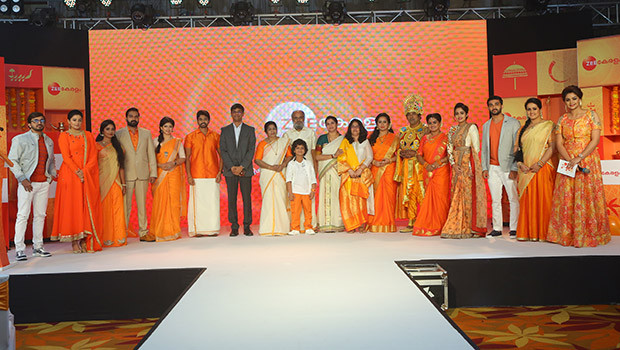 Zee Keralam will go on air in November 2018 along with its HD feed and is expected to consolidate the network in the southern market with a total of five channels.

The launch event ‘Vismayraava’ is scheduled to take place in Cochin (Kochi) next month amid the presence of celebrities from Mollywood, Kollywood, Tollywood and Bollywood. It is going to be the channel’s first up-close showcase for the people of Kerala.

The channel is targeting a complete reach throughout all distribution platforms with extensive multimedia campaigns covering all major districts of Kerala.

Deepti Sivan Pillay, Business Head, Zee Keralam, said, “Zee Keralam aspires to reflect the beliefs, ideas and attitudes of every middle-class Malayali today. With a well-balanced programming mix based on consumer insights, the aim is to ignite a sense of self-transformation among our audiences to achieve the extraordinary. We believe the channel will be a platform for every Malayali to be inspired to weave wonders in their lives.”

Siju Prabhakaran, South Cluster Head, Zeel, said, “The South Cluster has been growing exponentially for Zee as a network in the last few years and with the launch of Zee Keralam, we are certain that the region will continue to perform at a high growth rate.”

The channel has lined up few movies, including Mohanlal, Hey Jude, Aami and Madhuraraja for the channel. The shows take forward the visual spectacle, most of them being shot in real locations across Kerala with state-of-the-art technology — Sony F5 cameras. The channel has pledged to telecast a set of determined characters that are entrenched in Malayali culture and tradition, and endearing stories of ordinary people weaving wonders in life in their own way.