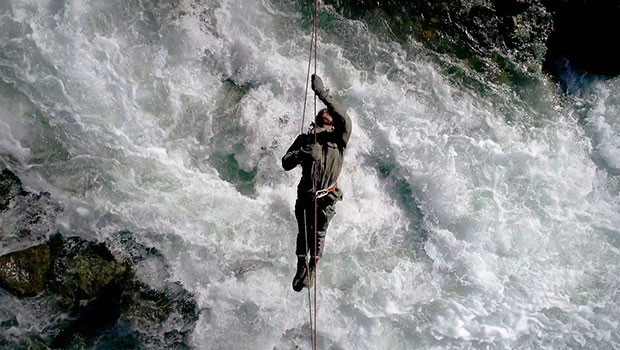 Discovery Channel will premiere a special series on one of the most famous warfare academies of the world, High Altitude Warfare School (HAWS), as a part of its Breaking Point franchise. Located in Gulmarg, HAWS is a globally acclaimed institution which trains Indian soldiers and attracts soldiers from friendly countries for high and super-high altitude warfare.

The show is first of its kind on Indian Television, detailing the rigors of training at HAWS. The 4-episode series ‘Breaking Point: High Altitude Warfare School’, to be aired every Friday at 10 pm till November 9 will give viewers a glimpse of how the soldiers learn the art of mountain and winter warfare; HAWS is the training ground for all high-altitude warfare. Each moment of the series takes the viewer a step closer to how the soldiers are transformed into glorified mountain warriors of the Indian Army.  The series has been produced by Sparklework Films exclusively for Discovery channel.

“The Breaking Point series has clearly emerged as breakthrough programming on Indian Armed Forces. We have given our viewers access and insights into some of the prominent training institutes of the Indian Armed Forces,” said, Zulfia Waris, Vice-President and Head, Premium and Digital Networks, Discovery Communications India. “Every frame of the captivating series on HAWS will capture the heroics of our soldiers who defy the fiercest forces of nature, scale the most daunting heights, fight for every breath and smash through personal barriers to perform the extraordinary. It is an honor for us to bring various facets of training at HAWS alive for the benefit of millions of aspirants around the country who aspire to join this prestigious institute.”

The telecast of a special series on High Altitude Warfare School follows the successful premier of the Breaking Point series on Women Fighter Pilots, Air Force Academy and Indian Submariners earlier this year. In the past, Discovery has given viewers a never seen before glimpse of the intense, grueling training programs of the Indian Armed Forces through shows such as Breaking Point: Commando School Belgaum (2017), ‘India’s Paratroopers – Earning the Badge’ (2016) and ‘Revealed: National Defence Academy’ (2014). ‘Revealed Siachen’ (2016) shared the story of Siachen Glacier and the challenges faced by the Indian soldiers while on duty there. ‘1965: India’s Battles and Heroes’ (2015) commemorated the 50th anniversary of the India-Pakistan war. Discovery’s crew traversed along with select officers of Indian Army during the Himalaya expedition for ‘Indian Army Women’s Expedition’ (2013).