The magnum opus was launched with a high decibel 360-degree campaign, including innovations across TV, radio, OOH and print in key markets 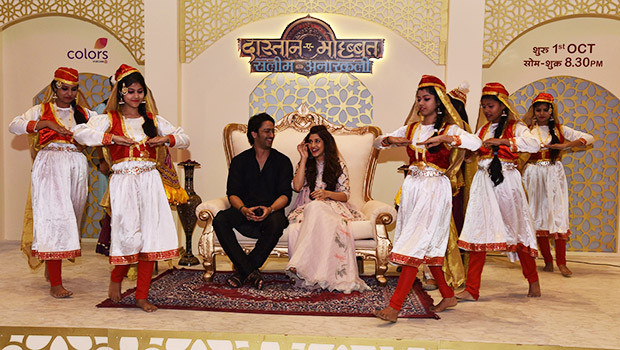 Hindi general entertainment channel Colors has launched its epic love saga Daastan-E-Mohabbat: Salim Anarkali with a 360-degree campaign that positions the show as the magnum opus of all love stories with an innovative and high-buzz media outreach across TV, radio, OOH and print in key markets.

On television, a massive TV campaign was panned out across Hindi GECs, Hindi movies, Hindi music and the kids’ genre while the show was promoted through impactful placement in top print publications in key HSMs across 100 + towns.

The channel rolled out a high-impact OOH campaign spread across Mumbai, UP, Madhya Pradesh and Gujarat with a creative approach that highlights the grandeur of the show.

On radio, the channel executed a seven-day strategically focused plan that aired spots expressing the love story of Salim and Anarkali. The cinema campaign had its presence in 200+ screens in Mumbai and Delhi and 2300+ screens across Hindi-speaking markets.

The channel created a huge installation called Imaarat-e-Mohabbat: An epitome of love. Built in Delhi, it not only amplifies the historical opulence of the Mughal Empire but also is a physical manifestation of true love which propagates the idea that love conquers all odds.

Taking over the Mumbai metro stations, key locations have been branded and will witness the era come alive with an Anarkali dance flash mob/ Mughal arch gates and branding. Tapping an unconventional medium of traditional clothing boutiques, Colors has also branded boutiques with the show’s creatives in Delhi.

On the digital front, the channel has planned a high-buzz activity that caters to over 12 mn + prospective viewers on social media platforms like Facebook and Zapr, a 360-degree tour to bring audiences the spectacular sets, a dedicated Salim Anarkali photo gallery and a motion graphic post.