TOI has brought back its globally acclaimed Sindoor Khela campaign. The 2nd edition of the campaign, which talks about breaking stereotypes and promotes inclusiveness, doesn't only reach out to the traditional WB market during Durga Pujo but has a-pan Indian appeal. Bhargava said the campaign is helping the TOI brand to have a better connection with its readers 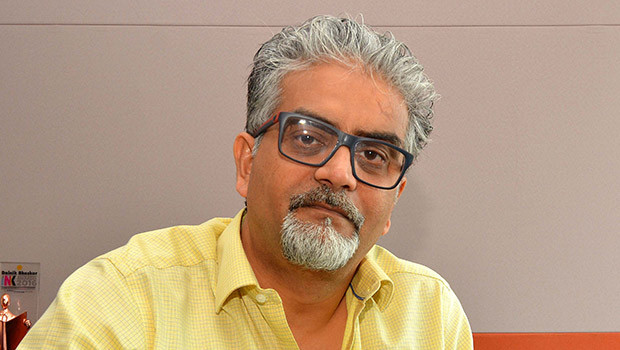 The Times of India (TOI) is turning its West Bengal-focused sindoor khela campaign into a pan-India movement. The campaign that talks about inclusiveness during the festive season of Durga Pujo is being carried nationally by India's largest read English daily and it doesn't appeal just to Bengalis anymore but to the entire population across the states.

In its wider format, TOI is urging all women to #BringASisterAlong this pujo.

Talking about the second year of the campaign, Sanjeev Bhargava, Director, Brand TOI, said, “We didn’t think of making it a pan-India movement overnight, it came organically. It has been noticed by the Bengali community across different parts of the country and they are volunteering to be part of this campaign.”

Bhargava said the campaign in its first year was able to set up a better connect between the brand and the readers.

For a campaign like this, we don’t measure ROI, we measure ‘Return on Emotions’ because ultimately it is a brand initiative and it is mainly about creating better connections. We are delighted that we were able to reach millions of people through the campaign. Most importantly, in Kolkata, we were able to make a strong impression and recognise the progressive nature of the Bengali community.”

Bhargava feels that when one wants to change something, one can either be confrontational or convergent. “We have converged progression and celebration. When there is convergence, there is always a positive emotion. The campaign is about sharing happiness and joy that magnifies one’s celebration. There was criticism, but since it was in the spirit of joy and celebration, we were able to avoid the backlash,” he added.

Asked about the reason behind shying away from the TVC, he said, “The communication is not TV-friendly. It is a complex statement that we are making. The campaign explains the importance of the initiative, its significance and the convergence between culture and progression. It is not possible to cut it short for TV. Hence, our focus is only on the digital space and print.”

According to Bhargava, the campaign has definitely changed the mindset of the society. He said, “It is evident from the number of people who are positively responding. 50 pandals have already made a request for association. Recently, I got a message from somebody who is a part of the managing committee of a pandal in Indirapuram that they would like to be a part of this campaign.”

The first edition of the campaign, that came out last year, was lauded with a number of prestigious awards like the Gold Glass Lion; which is the Lion for Change along with three other Lions at Cannes Lions International Festival of Creativity, Gold at CLIOS, a Yellow Pencil at the D&AD, the Glass Grand Prix - The Award for Change category at the Spikes Asia, Best CSR Award at the South-Asia Laadli Media Awards for Gender Sensitivity 2017 and other metals at the One Show Awards, New York Festivals Awards, Abby Awards, the Grand Emvie and many more.

The second edition of the critically-acclaimed campaign TOI #NoConditionsApply Sindoor Khela raises a pertinent question on inclusion during celebrations. This year, the campaign has been taken a notch up by associating with pujo committees across the nation to take up the mantle and host #NoConditionsApply Sindoor Khela at their premises during the last day of Durga Pujo. What started with a localised campaign in Kolkata set in one pujo pandal is all set to travel to several cities across the nation.

The paper has also launched a powerful video narrated by actors Rituparna Sengupta, Gargee Roychowdhury, Manobi Bandyopadhyay and Sohini Sengupta along with Imon Chakraborty and Sudeshna Roy and invite women to #BringaSisterAlong this Pujo.

The short video is based during the days leading up to pujo where we see women from different walks of life, a banker, a sex worker, a cancer survivor, a transgender and an unlikely but heart-warming friendship between a woman and her ex mother-in-law. Through shared stories that intertwine their struggle and survival, the campaign talks about women empowering women and standing with each other with a call to inclusion.

Commenting on the campaign, Swati Bhattacharya, Chief Creative Officer, FCB Ulka, said, “The core objective is that sindoor khela is one of the most beautiful and joyful parts of Durga pujo. But the ritual is restricted to only married women. The campaign says that since the goddess is our mother, she would never discriminate on the basis of status of one’s marriage or gender. This is the time to celebrate the power of the goddess and we should all celebrate together.”

Swati said a major challenge was comments from the advertising fraternity regarding the intention of the campaign. “A lot of people said it was done only to win awards. But I am glad that people are appreciating the campaign. The most incredible comment was from a priest from Chennai who said sindoor khela is an utsav to let spread joy and the gospel of humanity and that he would like to invite not just Hindu women but women from all religions for the festival.”

Bhattacharya thinks that the success of a campaign can only be measured through how many lives they have touched and changed.

Talking about post-pujo plans, she said, “After pujo, we are planning to collate everything that has happened in all the states and put it together.”

The campaign urges everyone to celebrate an inclusive sindoor khela where everyone is invited and feel included, and discard the tags of transgender, widow, lesbian, divorced, separated, married and so on. TOI is also encouraging readers to share stories and pictures of their inclusive celebrations, which can be shared via social media. Committees interested in being a part of the movement can reach out via calls or WhatsApp. Over 50 of the most prominent pandals across India have pledged to host an all-inclusive sindoor khela.