Liu, CEO and Co-founder, TVision Insights, said that the company will soon launch a product to measure viewer attention in markets such as India where a lot of content consumption is taking place through mobile phones 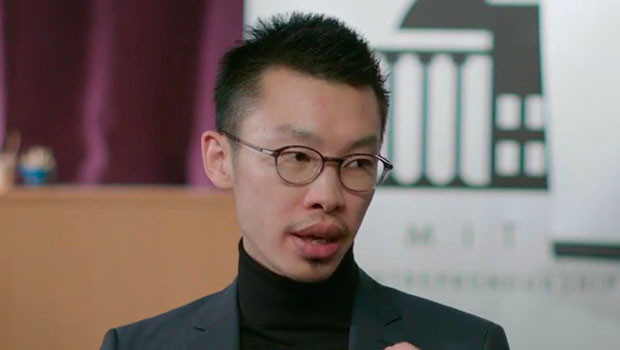 Six second videos command higher viewer attention but brands must supplement them with 15 or 30 second videos for better results, said Yan Liu, CEO and Co-founder, TVision Insights, the agency that tracks how glued are viewers to shows and ads.

“Despite falling viewer attention, the CPM on high quality content is going up. Which means if brands want more attention then they need to invest in high-quality, premium content,” he said.

Co-founded by Liu and Dan Schiffman, MIT-born TVision Insights has operations in the US, the UK and Japan and provides advertisers, agencies, and television networks with second-by-second data to understand the effectiveness of television advertising and programming.

In an interview with BestMediaInfo.com on the sidelines of an event organised by Star Sports, Liu spoke about what brands must do to retain viewer’s attention and about company’s India plans.

The attention span of today's viewer is decreasing. But at the same time, the 'binge watching' culture is on rise. How do these two realities co-exist?

Today, when consumers are latching onto platforms like Netflix and Amazon Prime Video to enjoy interruption-free content, what is the most effective way for brands to get their message across?

This is actually a trend in the US also where the ad duration is shrinking or there is ad-free content. One way for brands to get their message across would be to do product integrations and these days, with Netflix and Hulu, that is pretty popular. But we believe that eventually the portion of ad-free and ad-supported content is still going to be around the same ratio. Actually, this year a lot of ad-supported platform emerged in the US. Earlier, OTT was a very niche area and the early user was willing to pay 20-30 bucks for content. But now when it has become more mainstream (in the US it already has 50% penetration) everybody does not want to pay. Some people want to watch content in exchange of free subscription. So, we believe that fundamentally the ratio between subscription and commercial is not going to change that much. I don’t believe brands need to worry too much about commercial ad slots disappearing.

Sports is high-engagement content. How can brands effectively leverage sports to engage with their consumers in a meaningful way?

What we have found is that context really matters when it comes to sports. For example, we did a study for NBC about Olympics. We found that when we used some athletes, who were in the Olympics, in the commercial with a sports theme, the attention of the commercial became much higher during the games. This shows the power of context. So, when you optimise context, you can optimise attention.

While sports is something that is consumed regularly in a group set up (sports bars or at home with friends and family), it is now also being consumed by fans in isolation (on their mobile phones). How has this shift in consumption pattern affected how brands engage with consumers?

OTT has higher solo viewer ratio but sports has very high co-viewing ratio. For example, Super Bowl playoffs in the US have much higher co-viewing ratio and that leads to high attention and high engagement. Because when everyone is watching together, you are less likely to play with your iPhone or take frequent bathroom breaks. I don’t think the changing consumption pattern is bad news for brands but they do need to understand that their commercial can potentially be consumed by only one person and it is important to understand which kind of ad spot is consumed by only one person and which are viewed by multiple people. This becomes important when brands plan their media spends, everything cannot be treated as equal anymore.

According to your research, what is the average attention span of viewers today? What are your predictions for the future?

How do you measure attention? What are the parameters that you take into account?

The main data that we sell is called ‘Attention Index’. We put a special camera device on top of TV sets to understand attention. Essentially, we monitor the orientation of the viewer’s face and their eye movement to determine if they are really paying attention. We collect this data, second-by-second and person-by-person, and over time we aggregate the data by show or commercial and then we share the data with our clients.

Where all are you present as of today?

We operate in the US, Japan and UK. Today, in total, we have 6000 homes equipped with our devices and now through our partnership with Star TV we can expand in India.

We have seen huge differences. For example, sports is really the biggest genre in the US. When you look at the top 100 highest rated shows about 80% of that is sports and about 70% of that is American football. In Japan, however, the genre is more evenly spread. So, in terms of sports, there might be more similarities between India and the US.

Brands have shortened their video content to 6 seconders because that is what the reported attention span is today. Is keeping the length of the content short enough to grab a consumer’s attention?

Making the commercial shorter actually works. Now, 5-6 second ads have become part of the mainstream in the US and according to our study 6 second ads get higher attention than 15 second ads. Having said that, in a 6 second ad, it is difficult to tell a story. There are only certain things that you can do with a 6 second ad. So, just running a 6 second ad is not a good idea. Brands need to complement these 6 second ads with 15 second or 30 second ads.

Which medium has the ficklest viewers? Is it TV, digital or some other medium?

With the abundance of content that we see today, what would you say is more difficult: grabbing viewers' attention or retaining it?

I believe achieving both is going to get tougher. This is a real challenge for TV networks because they need to keep bringing high quality content and keep innovating ad formats. Brands will have to bet on shows they can optimise for their media plan and try to make sure that when they invest in their media budget, they understand audience attention and use that to adjust their planning.

Keeping the short attention span of viewers in mind, what are the few essentials that a brand's communication must consist to grab attention and retain it as well?

We have zeroed in on a few essential factors and the very first of them is context. The second key thing is targeting. You have to talk to the right audience. If you try to advertise shampoos meant for women to men, they will obviously not pay much attention to it. Another thing is that high-attention shows can have a ‘hero effect’. Typically, there is a gap between the show and the commercial. But if the show has high attention then the attention gap between the show and the commercial gets smaller as some of that attention gets carried over to the commercial. Which means if brands want more attention then they need to invest in high-quality, premium content.

Since, much of content viewing is shifting to mobile phones, are there any plans to monitor attention spans on mobile as well?

Today, in the US, we measure everything that comes out of the big screen, which includes linear TV and OTT. Having said that, we do notice that in emerging markets like India, people’s behaviour is shifting to mobile and internally we are developing a product that we can hopefully release in late 2019 in the emerging countries to capture cross platform behaviour.