The ‘Bacchpan ka khel hai, baccho ka nahi’ film focuses on the skill, dedication and rigour required to play the sport. Beginning in early October, the league will travel across 13 host cities and will culminate in Mumbai 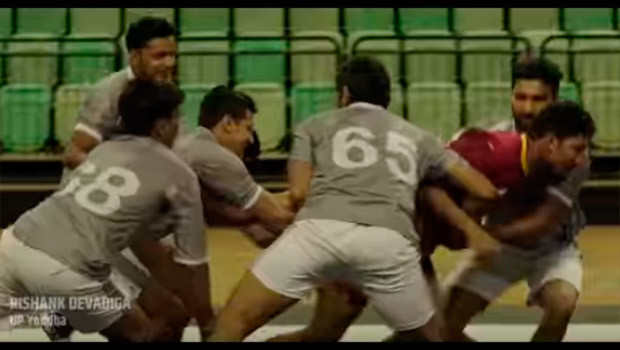 Sports broadcaster Star Sports has launched the national campaign for season 6 of Vivo Pro Kabaddi League (PKL), which speaks the language of Indianess, bravery and fitness that is core to kabaddi.

In India, kabaddi has been a great childhood sport. However, professionally it is no child’s play. The creative adaptation of the campaign ‘Bacchpan ka khel hai, baccho ka nahi’ builds on the key insight that the home-grown sport is a part of our collective childhood, a local sport we played as kids in every nook and corner, but to play at Vivo PKL, you need to be the best.

The film depicts the insight with impeccable cinematic display, portraying the daily regime followed by players and the tireless hours that go into training to excel on the mat. Every player who approaches the mat trains differently. The film opens with Pardeep Narwal who is seen running and then moves to other players, Rishank Deavdiga, Anup Kumar and Monu Goyat, who are training their best to prove themselves this season. The players depict the sheer dedication, skill, physical and mental grind that goes into playing the sport.

A Star Sports spokesperson said, “Vivo Pro Kabaddi has taken a home-grown sport to new heights of fervour and popularity. The season 6 campaign focuses on the skill, dedication and rigour required to play the sport. Kabaddi is tough and played by some of the bravest and fittest athletes today. The film takes you through their everyday journey as they prepare for the upcoming season.”

The category defining sporting league has transformed kabaddi in India, raking in record viewership figures and laying the groundwork for the phoenix-like rise of India’s home-grown sport across the globe. With the onset of season 6, Vivo Pro Kabaddi is all set to get bigger, better and more engaging than ever before.

Beginning in early October, the league will travel across 13 host cities and will culminate in Mumbai. The 12 teams have been divided into two zones of six teams each, where each of them will be playing 15 intra-zone and seven inter-zone matches prior to the play-offs. The play-offs stage will comprise three action-packed qualifiers and two eliminators scheduled to take place in Kochi and Mumbai.