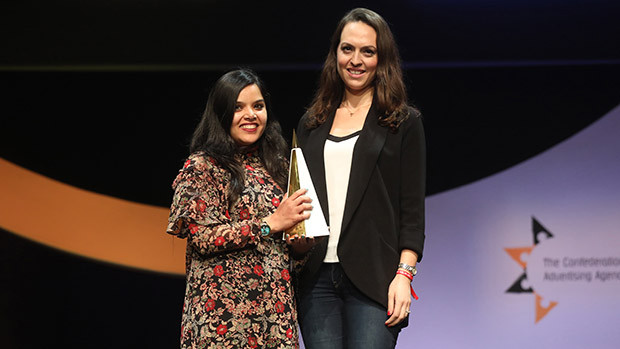 Propaganda India won the Grand Prix for #Giveabeat - a song for heart disease driven by the percussion of heartbeats done for Max Healthcare.

When it comes to campaigns in healthcare, if content finds a format that’s relatable to everyone, association with a cause creates impact. The right mix happened when Propaganda jammed with popular Indian rapper Brodha V and musician producer Sanjeev T to help create a song for #GiveABeat - an initiative to raise awareness about children with Congenital Heart Disease. Utilising the most primal beat known to human existence, heartbeats, as the percussive element, a song on CHD was composed which asked people to donate a heartbeat.

Melvin Jacob John, ECD, Propaganda India, said, "Is this for real? I’ve asked this question countless times after the news rolled out. But it’s real and so is the massive teamwork that turned #GiveABeat into a Grand Prix winner. Goes to exemplify Propaganda’s re-energised collaborative energy to make digital more than just cold data or algorithms - to make digital human again - and going back to the internal percussion that we all share does just that."

Priya Jayaraman, Founder and CEO, Propaganda India, said "I am still trying to soak this in and I can’t thank Max Healthcare team and Max Group team enough in believing in our ideas. Every single client of ours who have kept us going, walking with us as we tread newer territories and conquer them creatively. This win comes at a moment when independent agencies operating in the new digital landscape are becoming change agents in advertising operating at the cusp of art, content and code. We are so charged up as an agency for Dreaming Big and can’t wait to show you what more we have in store."

Mohan Menon, VP and Head Marketing, Max Healthcare, said, "We enjoy working with Propaganda India and when they presented #GiveABeat – it was a winner right then. We see so many CHD and other cases walk into hospitals and when we heard this – we knew can make a difference to so many lives. It connected with what we are striving to achieve in healthcare communication where education and empathy are extremely important to create impact and positive change."

Nitin Thakur, Director Brand and Communication, Max India, said, "As a Group, we always try to ensure that whatever we do truly reflects our core values and corporate ethos. The concept of #GiveABeat connects to audiences on a very primal level, and while simple, it is also universal in its appeal. Which is why when Propaganda proposed the idea to us as a joint campaign with Max Healthcare, we agreed to it immediately. I would like to congratulate Propaganda on this win and wish them many more such successes in the future. We are  glad to have been part of this journey."

FCB Ulka Gurgaon won the Grand Prix for its ‘Sindoor khela – No conditions apply’ campaign done for The Times of India.

Speaking about TOI’s #NoConditionsApply campaign, Sumeli Chatterjee, Vice-President, Brand, The Times Of India, said, "We believe in progressive change and inclusive growth in our society. ‘Change begins here’ – is not just a tag line for us, this sits at the core of our brand TOI , our thinking and our work. Through this initiative, we talk of progressive empowerment and gender equity. We wanted this campaign to urge women to empower other women, stand for one another as one gender and not allow women to be discriminated against with the tags of marital status, sexual orientation, motherhood status etc. We did not want to create just another film, but, we wanted to start conversations about social inclusion with real people and real emotions. Hence, it was imperative that we lead by example that would capture the real change in action. The #NoConditionsApply Sindoor Khela that was held last year at Tridhara Sammilani Pandal in Kolkata created anequal opportunity for all women to celebrate together. The film and the conversations around this celebration captures the real emotions of all those who attended. We are humbled by all the love and acceptance showered by millions of women and men across the country, and the critical acclaim at the national and international stage. #NoConditionsApply stands for our continued belief in equal opportunity for man and woman in ambition, growth, education and celebration. With the next leg of our campaign which has been recently announced, we hope to realise our vision further and unify the nation's voice to echo our message."

Along with two Grand Prix, Indian agencies brought a total of 45 awards home including six Gold, 12 Silver, 23 Bronze, a Glass and a Creative Effectiveness Spike. There were 89 shortlists from India this year.

All winners from India: