M&E industry is on the road to recovery; ad revenue to grow at 15% CAGR, says KPMG 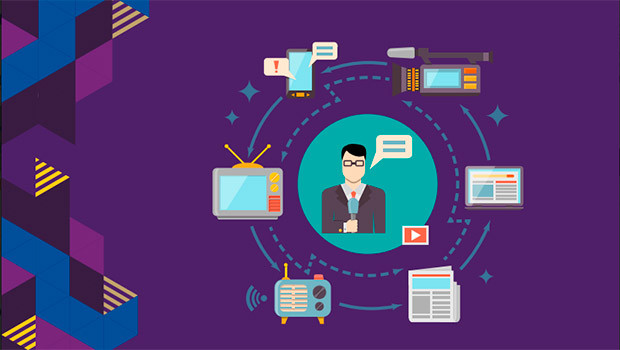 The Indian media and entertainment industry is likely to grow at 13% CAGR to touch Rs 2,660 billion by 2023 in terms of size, a KPMG report has said.

The advertising revenues are expected to grow at 15.2% CAGR and will touch Rs 1,232 billion by the end of 2023, KPMG in its annual report ‘Media Ecosystems: The walls fall down’ has said.

The M&E industry, according to the report, is now on the road to recovery after facing headwinds due to fallout of major regulatory interventions such as demonetisation, GST and RERA, resulting in lower consumption and ad spend during FY18.

Girish Menon, Partner and Head, Media and Entertainment, KPMG in India, said, “The India media and entertainment industry was affected by lower ad spend in FY18 due to goods and services tax (GST) rollout and the lingering effects of demonetisation."

"However, this effect has been temporary and the industry is seeing positive long-term outlook on the back of rapid growth in digital access and consumption, coupled with strong domestic demand, especially from the rural and regional markets. Growing presence of telecom and technology players in media distribution has led to convergence of business models across TMT and media companies will have to evolve to successfully operate in the new paradigm," he added.

The long-term outlook for the sector remains strong on the back of a buoyant Indian economy, robust domestic demand, particularly in rural and regional markets and growing digital access and consumption. This year, the country saw telecom-media-technology (TMT) convergence take centre stage and the emergence of media ecosystems. This has the potential to significantly change how media is created, distributed and consumed and media companies need to take a relook at their strategies and business models to successfully operate and thrive in the new paradigm.

“Digital technology, coupled with radical shifts in consumption patterns have undeniably resulted in blurring of boundaries that define the telecom, media and technology (TMT) sectors. TMT Convergence is now a reality and will likely cause significant disruptions across the value chain. Media organisations would need to re-evaluate their existing strategies and operating models to leverage the emerging opportunities and sustain against new evolving challenges,” said Mritunjay Kapur, Head, Technology, Media and Telecom, KPMG in India.

The outlook for individual media segments:

Television: Television is expected to grow at a CAGR of 12.6% on the back of growing TV penetration, strong advertising demand, growth in domestic consumption and major events supported by better distribution realisations due to operationalisation of TV digitisation. The adrevenues in the segment are estimated to grow by 13.7%, to reach Rs 425.3 billion, by the end of 2023.

Print: Likely to see muted growth at 5.9% CAGR due to sluggish growth in English newspapers and pressure from the digital platforms. This will be offset by strong growth in language newspapers. The segment grew at a meagre 3.4% CAGR in the last five years. As for the adgrowth, the sector is expected to grow by 5.9% to Rs 280.7 billion by 2023.

Film: The segment is expected to remain resilient with a 7.6% CAGR on the back of strong demand from digital platforms and growing overseas revenues.

Digital advertising: Digital adoption to spearhead strong growth in digital advertising at 30.2% CAGR, to reach Rs 435 billion by 2023, thereby taking over print medium. The sector grew by 35% over the last five years. Click here to view the executive summary of the report.