Conceptualised by Lowe Lintas, the new campaign titled ‘Go for Highera’ urges viewers from the southern Indians to ‘Ask for More’ 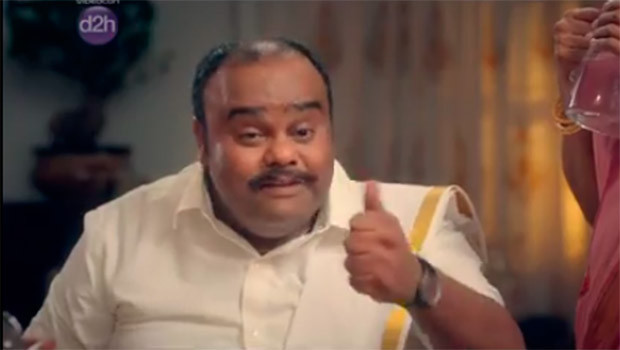 D2H, a direct-to-home brand from the house of Dish TV India, has launched a 360-degree TVC campaign for its southern market to highlight its entertainment offerings. Titled ‘Go for Highera’, the campaign urges customers to not settle for less, but ask for more. Conceptualised by Lowe Lintas, the TVC campaign is now live and is being rolled out in three languages across three southern states.

With an aim to connect with potential customers in South India, D2H’s ‘Go for Highera’ a 360-degree TVC campaign, is being promoted on social media and digital platforms, cinema and print media to reach out to larger audience.

The TVC opens with a simile of splashing water to wake up the viewer by the protagonist to bust the myth about the content provided to customers in the name of highest channels offerings. The TVC ends with urging the viewer to wake up and go for the ‘higher than the highest’ number of channels in his language.

Anil Dua, Group CEO, Dish TV India, said, “In the south, our D2H brand is a strong player. We have ramped up our distribution, strengthened our service network and enhanced our product, both in terms of content and attractive entry-level offerings. With our new campaign ‘Go for Highera’, we are aiming to take D2H brand to a leadership position. The campaign aims at highlighting our value proposition of providing the best of regional content and establishing our content leadership in the market. The campaign brings out assertively that when it comes to content offerings in regional languages, D2H platform is clearly the best.”

Sugato Banerji, Corporate Head, Marketing, D2H, said, “According to our in-house research and consumer insights, consumers are choosing DTH service on the basis of the content offerings before any other factors come into play. This insight led us to strengthen our channels in each of the four south languages and bring ‘Go for Highera’ campaign for the south market to create awareness among customers on content offerings. The campaign’s objective is to bust the myth about content leadership and translate it to favourable gains of market share.”

Sajid Khan, Unit Creative Director, Lowe Lintas, said, “The core idea of ‘Go for Highera’ campaign was to awaken the customers to not settle for anything that they’re being offered in the name of entertainment. With our collaboration with D2H, a brand of Dish TV India Ltd., we’re creating awareness for the brand’s maximum entertainment offerings in the regional languages for its South subscribers. With this campaign, we’re hoping to make the brand more appealing to the target audience.”