Colors expects to bring in more advertisers with the new timings. The show was earlier pushed to the late prime time slot because of ‘better scheduling opportunities’ 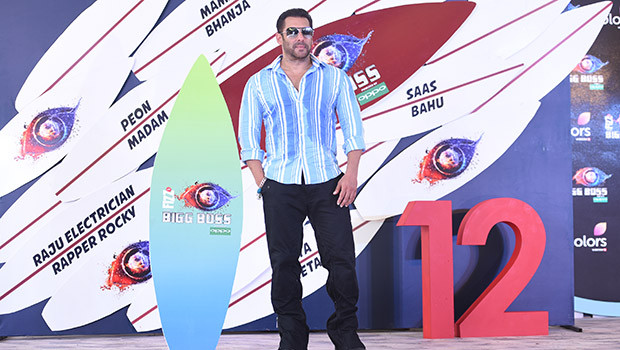 The twelfth season of Bigg Boss, the flagship reality show from Colors, will now air at 9pm on weekdays. For the past seven seasons (starting from season 5), the show was pushed to the late 10:30 pm slot during weekdays. However, the weekend episodes with superstar host Salman Khan continued to air at 9pm.

After announcing the upcoming season at 10.30pm slot at the press conference held on Tuesday, September 4, the Chief Operating Officer of Viacom18, Raj Nayak, in a tweet, late last night mentioned, “#BreakingNews This season of the biggest Reality show on Indian Television #BiggBoss12 to be telecast at 9 PM on all days @ColorsTV! @iamappyfizz @oppomobileindia @PanasonicIndia”

#BreakingNews This season of the biggest Reality show on Indian Television #BiggBoss12 to be telecast at 9 PM on all days @ColorsTV! @iamappyfizz @oppomobileindia @PanasonicIndia

Asked why the show was moved to the prime-time slot, he told BestMediaInfo.com, “Moving it to the 9 pm slot is a strategic decision that was taken looking at the competitive landscape in the programing mix. All such programing decisions are done keeping in mind the viewership, not just for a particular show but the whole FPC (fixed point chart).”

Primetime, which now extends from 6pm to 10pm, has the highest PUT (persons using television) and hence the chances of attracting more viewers increases tremendously. Is the channel also expecting to increase significant viewership?

Nayak said, “With this slight change in our scheduling, we are hoping the entire line-up should give us incremental audience. All such decisions are usually made keeping in mind the impact it will have on the viewership.”

Not to forget that the ad rates on primetime are much higher than that of the early and late primetime slots. Nayak had in an earlier interaction with BestMediaInfo.com mentioned that the channel has hiked the ad rates by a marginal 5% over last season. However, the primetime stunt might bring in more monies and more brands.

Nayak answered, “Bigg Boss commands a certain rate, irrespective of the time slot because the show delivers very well even at 10.30pm. Yes, it may definitely help us garner more advertisers, especially the small budget clients who do spot buys.”

With this, the channel will be replacing Bepannah from 9.30pm and Roop from 9pm to 10 pm and 10.30 pm slots. Nayak mentioned that both these shows had a loyal audience, adding, “We believe that we should be able to garner incremental audience on these time slots.”

The channel has recently launched the promos of Dastaan-E-Mohabbat, which will soon be launched, thought the date and time slot hasn’t yet been fixed.

In a different announcement, Colors is also going to premiere the much talked about Padmavat and the promos are running with ‘coming soon’ slug on it. The film still hasn’t been released in a few northern states. Will it help the channel garner more viewership?

Nayak said, “We definitely hope so. It’s a beautiful movie and a magnum opus by none other than Sanjay Leela Bhansali. The promos have already created a huge buzz and being pre-festive season there is lot of interest from the trade point of view too.”