In an interview with BestMediaInfo, Agarwaal said rising news print prices had eroded profitability of newspapers by 20-30% but asserted that it is a short-term issue. He also said lagging economic growth hit profits in the print media 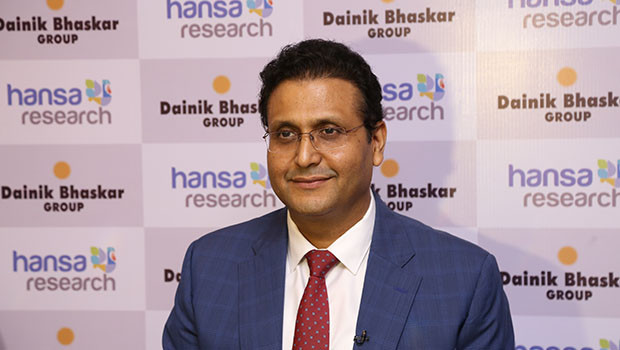 Reigniting the Total Readership versus the Average Issue readership debate, all major industry players in the print industry have failed to come on a common page when it comes to the more reliable readership metric of the Indian Readership Survey.

In an interview with BestMediaInfo, Girish Agarwaal, Promoter-Director, Dainik Bhaskar Group, said, “In my opinion, TR or three days is better. ‘Read yesterday’ is not right, because people might be travelling or busy on a certain date. The fact is that a person who reads newspaper three to four days in a week is a regular reader.”

It has been a double whammy for newspapers. While the newsprint prices have increased substantially, the DAVP rates haven't risen years. "Newsprint has affected everyone by eroding almost 20-30% of the profit, across. But it is not a permanent issue. We hope prices will correct by December. The DAVP rate issue is also likely to be resolved soon," he said.

Agarwaal said the profit of English newspapers had gone down marginally whereas language papers were showing a strong growth. Dainik Bhaskar itself posted a 15% increase in the last fiscal and hopes to post the same growth in the next few years.

While English dailies are struggling for profit, Hindi and regional dailies too are witnessing a slowdown in growth. What's the way out for the print industry?

English is not struggling for profits, the profits have decreased marginally and this issue has been dragging for the last couple of years. The growth in the Indian languages is continuing as is and will remain so.

Slowdown is everywhere around – be it automobile, infrastructure, manufacturing or any other industry. This is the impact of GDP having gone down. Comparatively, print is doing great.

How much has been the impact of newsprint?

Newsprint has affected everyone by eroding almost 20-30% of the profit. But it is not a permanent issue. It will be resolved in maximum another two quarters. By December, it will go down again. It is a cyclic trend, it happens every 8-10 years. It happened in 2010 and 2002.

The newsprint prices are holding a lot of people back. In fact in a recent announcement, Jagran in their investor call mentioned that they had pulled down 5% copies. But we know these are cyclical things and we continue to focus on growth. We were at 51 lakh copies last year which has grown to 59 lakh copies this year.

What is the growth target for the next year?

We have grown by 15% in circulation and it is a healthy growth. We are looking at growing a couple of more lakh copies this year.

The growth in languages has been robust. You're present in Marathi and Gujarati. Are you eyeing any other languages?

We are working on the existing language offerings to grow them further. These three are huge markets now and we would like to focus on that. Bihar has just happened, we have reached No. 2 position but there’s a lot more to do in that segment.

Marathi has huge scope since we are at four lakh copies right now.

DAVP hasn’t increased ad rates satisfactorily in four years or so and the government has also pulled off notices. How much has that affecting the revenues?

It has affected the revenues by a couple of percentages, but I am told that DAVP is relooking at that. The Indian Newspaper Society (INS) has been speaking to them, representing the newspapers, asking for a respite from the increasing newsprint prices. DAVP has assured that the ad rates will increase. We all hope that it is satisfactory.

Government advertising contributed to about 10% to the total revenues for our business.

How is new IRS helping you in terms of boosting the ad rates and hence ad revenues?

IRS has done a great job and it is helping us because advertisers now know the status of print. All those discussions about print going down and stagnating have gone.

When IRS was released, there was a discussion on AIR versus TR. Which one do you think is a better currency?

There is no conflict between AIR and TR. AIR is ‘read yesterday’. TR is ‘whether you have read in a month’s time’. Both are important. In my opinion, TR or three days is better. ‘Read yesterday’ is not right, because people might be travelling or busy on a certain date. The fact is that a person who reads newspaper three to four days in a week becomes a regular reader.

When will we see digital contributing a major chunk to the overall revenues?

We are working hard towards it. In a couple of years, we should be able to see significant revenues.

Do you think subscription revenues for digital making headway soon or is it still a distant dream?

We have started a subscription fee on e-papers for Gujarati, starting yesterday. Let’s see how it goes.

Where do you think print is lagging behind other mediums – flexibility, innovation or limited revenue options?

I don’t think print is lacking anywhere, except for one thing – ‘promoting ourselves’. We don’t promote ourselves enough in telling people how good print is doing.

Brands are latching on to all other mediums to reach out to their TG for their content marketing initiatives. Why is print, especially Dainik Bhaskar, hesitating to open up for this opportunity?

We are open to these opportunities, but keeping the reader in mind, we don’t want to fool around with our reader. We want our reader to know about a particular brand and product but in a manner where he will not feel fooled.

What kind of change are you seeing in the content of newspaper?

While in a research in Gujarat, we realised that written serial, which died some time ago, is being asked to come back. We are launching a serial on a quarter page to be published everyday. It will be like a novel. We are experimenting this in Hindi too.

Another thing we saw is how people used to read a lot of newspapers in the afternoons and that habit has vanished. People are busy during afternoons only in the Mumbai-Delhi kind of markets. There are shopkeepers, housewives and a lot of such pockets who are waiting to read in the afternoon. We are working out how we can target a section dedicated to afternoon leisure reading. We are trying by all means to make newspapers juicy and create the same stickiness they had till some years ago.