This Friendship Day, PGI India encourages couples to remember and aspire to be #FriendsFirst

Conceptualised by Dentsu Webchutney, the digital campaign brings out little instances of friendship that exist among couples and exhibits relationships that have honesty, vulnerability, companionship and mutual respect as it has friendship at its core 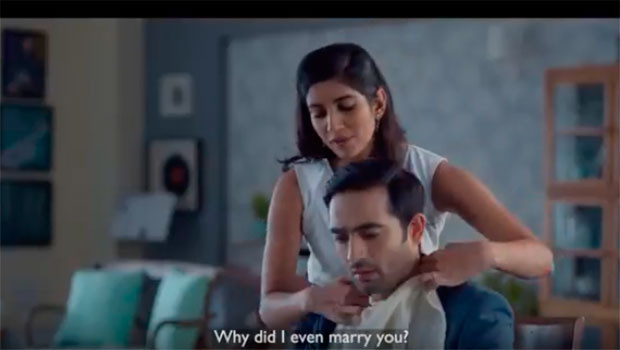 This Friendship Day, Platinum Days of Love, PGI’s flagship brand, celebrates friendship between couples. It wants couples to pause and remember amid mind-faltering thoughts about the relationship, that you are #FriendsFirst.

Developed and conceptualised by Dentsu Webchutney, the digital campaign features three short and three long digital videos that bring out little instances of pure friendship that exists among couples. The stories beautifully exhibit rare relationships that have honesty, vulnerability, companionship, and mutual respect because it has friendship at its core. The love that results from such a partnership is truly one-of-a-kind and deserves to be celebrated with an equally rare and precious metal, platinum.

“Our research has shown that ‘friendship’ is extremely aspirational in a couple’s relationship, both before and after marriage. Finding a best friend in your partner is rare, retaining friendship in your relationship even rarer. With this campaign, we aim to encourage couples to remember and aspire to be #FriendsFirst. Mark this Friendship Day as your Platinum Day of Love,” said Sujala Martis, Director, Consumer Marketing, Platinum Guild International, India.

Pravin Sutar, Executive Creative Director, Dentsu Webchutney, said, “Friendship should outlast other emotions in a couple’s relationship, but more often than not it takes a backseat. Through #FriendsFirst, we are starting a conversation that highlights the importance of friendship in a relationship through highly relatable and alluring scenarios. We are asking viewers to ponder and eventually revisit this rare bond that once was the initiator of their relationship."

This campaign will further give couples an opportunity to share their #FriendsFirst story along with the picture to win celebration vouchers.

From August 2-11, the campaign will also run an in-store reward programme where every customer will receive exciting gifts on purchase of Platinum Love Bands.

The first two videos have been released and the next four videos will be uploaded in the following two days.

Aalap Desai, Senior Creative Director, Dentsu Webchutney, said, “These films are full of reminiscences of incidents that might have happened in your married life. We are establishing how couples should see the bigger picture always. Friendship is the beginning of a relationship and giving it a lesser priority will open a crevice for unfavourable situations. The stories can't be more real as we started the campaign with an interesting UGC leg to it. We asked users to share their friendship stories on our social media channels, handpicked the most poignant ones, and wrote the scripts accordingly."