In an interview with BestMediaInfo.com, Ali Hussein, COO, Eros Digital said the platform is looking at bringing in non-intrusive advertising into content. Eros Now recently tied up with advertising platform InMobi, enabling brands and advertisers to engage and reach out to viewers 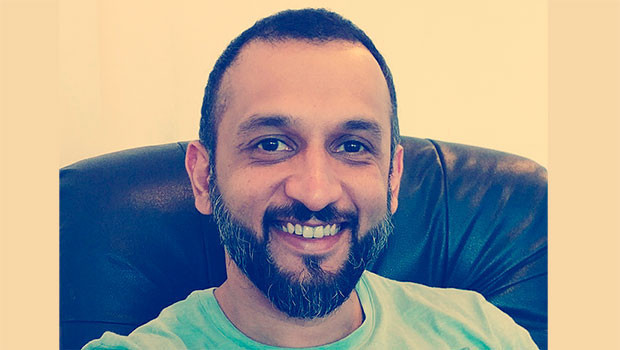 Getting paid subscribers in India is an uphill task, especially when so much content is available for free. But Eros Digital's COO Ali Hussein doesn't think it's as big a challenge for a company that has a film library of more than 11,000 movies.

"Films induce a lot of organic views and remarketing to bring the customer back becomes easier. With films, you build certain relativity with the customer," he said during an interview with BestMediaInfo.com. He also revealed that Eros Now was planning to launch three-four web originals to expand its offering.

Talking about the upcoming launch of YouTube originals, he said that it would be difficult for YouTube to even break into the top three SVOD platforms. "Google has never dealt with the SVOD model and they will be in the learning mode for some time."

Hussein said that Eros Now would continue to be a subscription-focused platform but was not averse to bring in non-intrusive advertising. "SVOD business is a lot more stable than advertising because there is a lot of fluctuation in the ad business," he said.

As for third-party measurement, Hussein felt that a common metric is very important for the industry but the use and purpose of this data should be clear.

YouTube Originals is likely to be launched soon. The platform has an unparalleled reach. How do you intend to take on the competition?

The concept of watching episodic programming on YouTube has existed for last four to five years when TVF launched originals. YouTube launched its first SVOD product on channels in 2012. Just because the product has been launched, doesn’t mean that the reach duplicates itself. It is not the No. 1 paid subscription product in the US either. It might not be in the top 3. Having internet reach doesn’t necessarily translate into paid subscriber reach. Paid subscription ballgame is totally different.

Globally, the most popular product is Android TV box, which is an OS kind of product in the Original Equipment Manufacturer (OEM) space. Every video company would like to have a play in the subscription VOD segment. So, I am not surprised that they are making their foray into the India market too. There isn’t much clarity from them, but historically in the US, they wanted to work with the YouTube creators and influencers.

Is YouTube late in getting into the paid subscription game?

Late is based on perception. Depending on where the market is standing right now, it is very early. It might be late from an evolution standpoint, as in where did it start.

I think what is more important is their product or marketing strategy of the company. They will have to look at their business differently than they have, till now, from ethos perspective. Search, YouTube, Android and paid subscription – each of these are a different ball game altogether.

Google has never dealt with the SVOD model and they will be in the learning mode for some time.

Do you think that SVOD is a more difficult game than AVOD? There hasn’t been much improvement in ad rates on digital for some time now.

Demonetisation and GST implementation still have their tailwind effects. Inventory and content is grown drastically because of Jio, then suddenly these two factors reduced spends due to uncertainty. The elasticity in the online ad video market is still very small, as low as 10-15% of the overall video market pie, because the base is so small and the inventory grows dramatically, the effective CPMs go down. In due course of time, it will course correct itself, but the inventories are growing at a significantly higher rate.

Now that you have plans to be advertiser inclusive, does third-party digital measurement become important for you?

Facebook also has a very advanced video product now, but we don't know the views or viewership. We are at an early stage of evolution of the business and there are different objectives associated to different platforms. Though the general bucketing of metrics and measurement is important, but for whom. Also, are you then defining your benchmark in the right pivots, for example, for an SVOD business, it is not about app downloads/ installs or views, it is about paid subscribers. We focus on a very different tangible right now versus an AVOD business. Hence I think we have to have certain benchmarks but it depends on what is the end result of using this data set. For an advertiser who has to spend advertising dollars, it is important for the media planner to have this data to decide A versus B.

Eros Now was a purely SVOD platform. What does your partnership with InMobi mean?

This is our first foray into advertising where we want to work with brands.

We have worked a lot with brands in terms of in-film and movie relationships. We are looking for non-intrusive fashion of advertising to work with some different formats of ads with the video on demand. So, it might not be that Eros Now is looking at an advertising model, but we are looking at working with brands and advertisers. Brands too have come a long way, earlier there were only traditional ads in print and television, then they started building social media communities and now they are getting into branding the content. Even brands are understanding and deciding how they want to work with their audience. We are looking at working with some of the key brands that naturally fit within the content.

I’m not saying that you would never see 5 or 10 second ads, but we are looking to build formats that are not necessarily becoming an interruption in the consumer viewing pattern.

The last time we met, you had said that Eros Now will have a greater focus on branded content. How far have you reached there?

Branded content is not a focus area for us, but we are looking at working with certain brands for branded content. Our focus will always be on story. For some other players, branded content becomes very integral and important part of the revenue funnel or content funnel, but for us it is never going to be an intrinsic part of our business.

Advertising itself is not primary for us and hence not even branded content.

What kind of revenue are you expecting to generate from advertisers by March 2020?

As I told you, advertising is never a revenue strategy for us, though ultimately, it becomes a source of revenue, but from a business plan perspective, we will not necessarily project it as a revenue stream.

I will wait for the business to mature enough to predict how much of advertising revenue will become a part of the overall business.

We are the only Bollywood-native platform on digital with a library of 11,000 movies. This is the first time when brands get to work with movies from start to end, right from the pre-release with offline marketing campaign, release with theatrical marketing campaign then the movie premiere on digital with digital campaign, along with trailers, music videos and a lot of peripheral.

How big an issue is profitability? The latest PwC report had suggested a very positive future for OTT and subscription though.

In any business, the costs start developing a certain economy of scale and eventually when you reach a certain threshold of scale, you are able to measure your cost model and then the revenue see certain upside. Similarly for video, there is cost of products, infrastructure, packaging and distribution along with cost of product marketing. In terms of mass unit matrix of viewers, SVOD business is a lot more stable than the advertising business because there is a lot of fluctuation in the ad business. There is a lot of difficulty to define the base unit rate where advertising CPM stacks up and affects the cost of business model in the short term.

But in the long term, with enhanced consumption, connected devices and larger business of video, even PwC has further authenticated our business model to be more stable as the unit metric is lot more correct, as the scale comes in the long time.

What are your targets for original content and subscriber base?

Eros Now announced results in March 2018 for 8 million paid subscribers, we are expecting to have around 14-16 million annual subscribers by March 2019. We have lot of plans to build up for that.

We are launching our first original series in September and we have about three to four more planned by March 19.

It is difficult to get people to renew their subscriptions. How do you deal with that?

Our job in that particular regard becomes a little easier than the ecosystem because our core business deals with films and a lot of big budget productions. Films induce a lot of organic views and remarketing to bring the customer back becomes easier. With films, you build certain relativity with the customer.

As for others, it is based on the show/ series. Say for Netflix, one must be a big fan of Narcos and Black Mirror, but it doesn't guarantee that person would like the next show that Netflix launches. Originals are a lot more difficult to attract consumers because each original is different than the previous one.

Accumulative media might for a movie, starting from music, trailer, during the movie release, to post-release and premiere on Eros Now will be bigger in terms of the actual marketing money or scale than what Sacred Games has spent on promotions. Our relativity to the consumer and the content is a lot more and hence it is easier for us to get repeat viewership than the original programme.

Is the upcoming consumer data protection law expected to impact the OTT business?

Business like ours is not affected, because our data is secured as consumers’ information doesn't get shared once a consumer agrees to pay here. She allows to share the payment information and the consumer information. We have already developed a lot of security and infrastructure built to protect consumer data. Plus, we don’t have any secondary objective with that data because we don't have any advertisers as of now.

The free content that we offer is the trailers and music videos where there is no data to be fed to watch. AVOD models have to add certain data filters because they haven't taken any payments.

I think the right question to ponder on is whether these data protection rules will become a hindrance to the viewership. Is this going to hold the viewers back from coming on to the VOD platforms. If the data requested from the user becomes the stumbling block for viewership, then that is something one should closely look at.