Tanishq launches Sampoorna collection specially crafted for Onam. Conceptualised by Lowe Lintas Bangalore, the TVC captures the essence of Onam through a cheeky, yet endearing take on the relationship between a husband and his wife 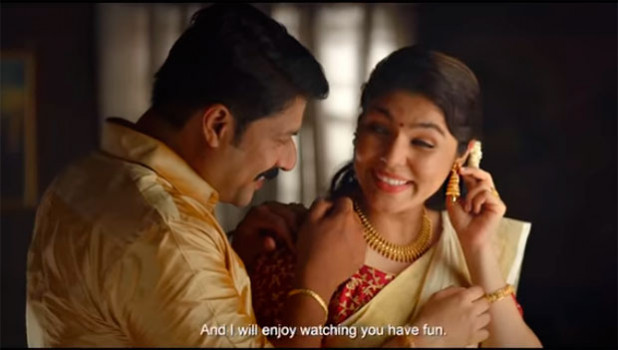 Kerala celebrates Onam in every household at the end of monsoon to mark the harvest season every year. 'God's Own Country' becomes resplendent with festivities and colours during this time of the year. Sales spike during this auspicious time and brands aggressively market to the people of Kerala.

In its latest campaign, Tanishq had taken a different route by attempting a change in behaviour among Malayalis. Conceptualised by Lowe Lintas Bangalore, Tanishq attempted to make itself a thread into the social fabric of Malayali culture by becoming integral to the celebrations.

However, in the wake of the century's biggest flood in Kerala, the brand has pulled down the campaign, days after releasing it.

Deepika Tewari, General Manager (Marketing), Tanishq, said, "At Tanishq, we’re all about celebrating the vibrant festival of Onam with Malayalis. Through this TVC, we are announcing the launch of our Sampoorna collection to complete the festivities this year. And while our jewel pieces are rooted in the traditional, they are also infused with a modern interpretation. The TVC captures the essence of Onam through a cheeky, yet endearing take on the relationship between a husband and his wife. It weaves in nuances of the culture that will appeal to every single Malayali, just as this special range of jewellery does. We invite everyone from Kerala to pick up gorgeous jewel pieces from Tanishq and make us a part of their Onam."

The campaign leans on the fact that men sit around and never contribute to preparations for Onam, while women do all the work – for which the film takes light-hearted digs at the men of the house. In tune with the song composed by a popular regional band of Kerala ‘Thaikkudam Bridge’, every verse of the song ends with a question asking the husbands, ‘What are you doing for Onam? Don’t you have something to do?’ The song reaches a conducive resolution when the men are prompted to gift their wives a piece of jewellery from Tanishq's Sampoorna collection.

Rather than asking women to buy jewellery for themselves, the film talks to the men of the house, encouraging them to gift jewellery to their wives.

Arun Iyer, Chairman and CCO, Lowe Lintas, said, "We created a concept that is quite different from any other Onam festival communication. In that, while most of the brands directed their communication towards the women and invite them to buy jewellery, we spoke to the men. So the song composed by a leading band from Kerala talks about the ordeals that the women go through to prepare for the festival; and how the husbands are going to repay or gratify their effort. This is where Tanishq comes in."

Hari Krishnan, President, Lowe Lintas, said, “Yes, while it is a story for Tanishq that revolves around Onam, we wanted to make this film more than just a celebration of the festival itself. We picked local nuances, expressions and elements to put a song together in collaboration with Thaikkudam Bridge. The gifting of the jewellery, in the end, becoming the symbolic high point of Onam.”

The campaign is live on digital and offline.

This is That Films (Shihab)