From helping out her uncle during vacations to Media Manager, Digital at PHD India, Shah has come a long way. She tells BestMediaInfo.com about her love for advertising and how her journey in the industry began 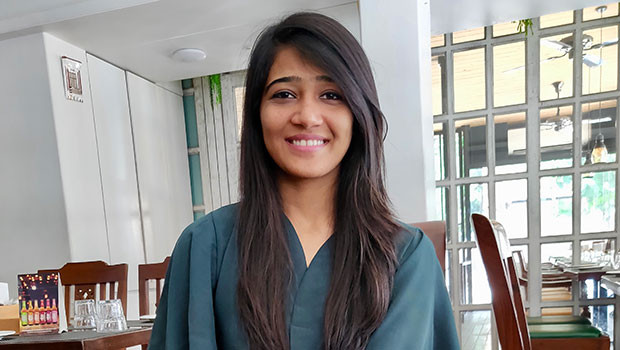 “When deciding which course to pursue for my Bachelors, I was very confused. I was all set to enrol for Bachelors in Management Studies but at the last minute I changed my mind and decided to pursue Bachelors in Mass Media.”

Shah had an uncle who was into out-of-home advertising and that helped too.

“During vacations, I used to go visit my uncle and try to learn the ropes of OOH advertising. After completing my course, I joined him for a while.”

But OOH was only one vertical of the entire advertising ecosystem that Shah had come to love. An avid reader, Shah was also reading a lot about the innovations and trends in digital advertising.

Shah joined WATConsult in 2016 as a Social Media Planner and mainly handled search and social for about a year there. She worked on brands like Bodyshop, Apollo Tyres and Mother’s Dairy at WATConsult.

“When PHD won Volkswagen’s account, they were looking for someone to handle planning for the brand. I got a call from PHD and bagged the position.”

Shah, who joined the organisation as Senior Media Planner, has been with PHD since and recently got promoted to the position of Media Manager, Digital.

For Shah, her time at PHD has been a learning experience and a rewarding one. Shah received the ‘Award of Excellence 2017’ from Volkswagen, an in-house recognition for excellence and innovation at Volkswagen.

Speaking about the most challenging as well as the most fun project Shah has worked on so far, she said, “The Auto Expo is very important for the auto category but this year we were not a part of the auto expo. The challenge was how to get people to talk about the brand without being a part of the expo itself. So, in Delhi we had our fleet of 30 Volkswagen cars ride from a single place to the auto expo. The campaign was named #VWLegendaryTestDrive. We had invited influencers and common people to take part in the test drive and in the two hours it took the fleet of cars to reach the venue of the Auto Expo, we were all over social media and trending.”

The one thing Shah really likes about planning is that it allows her to have a 360-degree experience.

“Earlier, I used to do only search and social but now I get to try my hands at everything. Also, this is a global account and that means that I get to interact with my agencies worldwide. The opportunities that I get here are immense as I am not just restricted to planning.”

According to Shah, her biggest strength is that she is a people’s person and that enables her to get the job done.

“I get along with people very fast and so if I have to get something done from someone, it becomes easier. Especially in a field like this where there are no set working hours.”

But the fact that she can never say no is also something that Shah would like to work on.

Shah likes to read and go dancing in her spare time and still holds a candle in her heart for fashion designing and dreams of someday making that passion come true.