The event is scheduled for August 7, 2018 in New Delhi 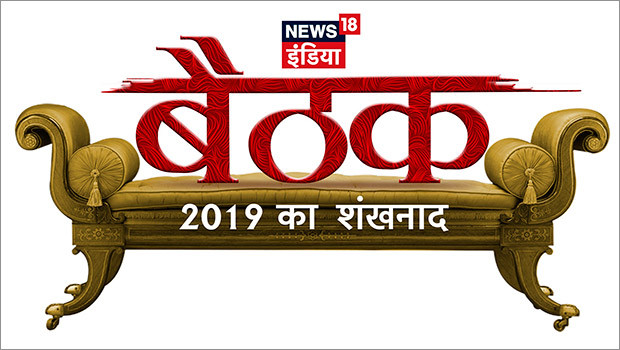 As the current government nears the completion of its term, the nation, along with the political parties, is gearing up for the 2019 general elections. With the rapidly evolving socio-political scenario as the background, News18 India has announced the first edition of News18 India Baithak. The event is scheduled for August 7, 2018 in New Delhi. A confluence of the biggest newsmakers, the event will aim to be the fillip of Mission 2019.

BJP President, Amit Shah will address the gathering at the event. While facing tough questions from the formidable editorial team of the channel, BJP’s master strategist will also discuss party’s masterplan for general elections next year.

Commenting on the initiative, Prabal Pratap Singh, Managing Editor, News18 India, said, “At News18 India, we believe in hard-hitting journalism by raising right issues and fostering dialogue. It gives us immense pleasure to introduce News18 India Baithak. With this initiative we not only plan to take stock of changing political scenario in the country but also set the stage for an unparalleled coverage of 2019 general elections.”

Joy Chakraborthy, CEO Forbes India and President- Revenue, Network18, said, “Having received an overwhelming response for 'Chaupal', we have now launched 'News18 India Baithak'. With less than a year in the next general elections, the event is aimed at truly becoming 2019 ka shankhnaad, having the most influential political voices of our nation come together on one platform, to talk on the agendas that are going to decide the political discourse, in the coming months.”

From major talking points like Rahul-as-PM candidate and a united opposition to BJP’s current performance and Mission 350+ along with the burning issues of lynching, fake news and intolerance, the leaders across various fields will deliberate and share their insights and perspectives. The sessions will be moderated by top anchors and journalists of the channel.