News viewership up in Week 33 on back of Kerala Floods, Vajpayee’s demise

In the Hindi news genre, each of the top three players have grown by about 44-47% from the average of past four weeks to Week 33. In the English news genre, the top four channels witnessed a growth of about 40-70% each. Malayalam News genre saw a 98% growth in the week compared to the average of the previous four weeks 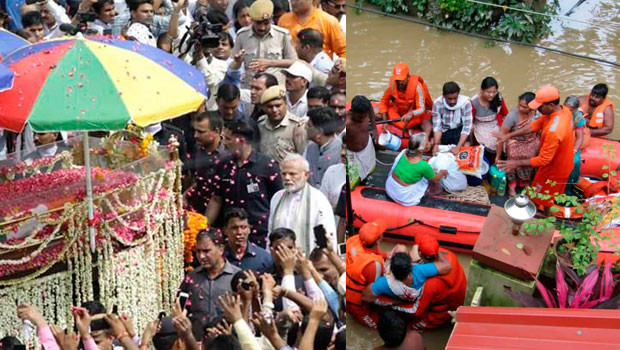 The 33rd week of 2018 was quite unfortunate for the country that witnessed the century’s worst floods in Kerala and former Prime Minister Atal Bihari Vajpayee’s demise, and people flocked to the news channels, resulting in a steep rise in the viewership of the news genre, shows BARC India data.

In addition, the Malayalam news channels obviously went aggressive on the Kerala floods right from the start while the English and Hindi news channels latched on to the demise of the former Prime Minister and other issues.

As a result, with 214.1 million Impressions in Week 32 (August 4-10), the Malayalam News genre peaked in 2018. The genre saw a 98% growth in the week compared to the average of the previous four weeks. While Asianet News stood at the top with 36% of the total news viewership, Manorama News, Media One TV, People TV and News 18 Kerala gained more than two times the average ratings of its previous four weeks.

This is the second highest viewership peak recorded for the Malayalam news genre since BARC India started measuring TV viewership. The highest so far was 215.1 million Impressions generated on the back of coverage of molestation case filed against a leading actor in the Malayalam Film industry.