However, BJP is expected to lose to Congress in Madhya Pradesh, Rajasthan and Chhattisgarh 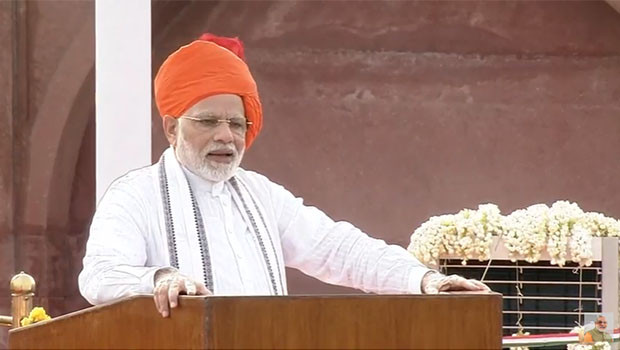 With just around three months remaining for Assembly Elections in Madhya Pradesh, Rajasthan and Chhattisgarh, ABP News - C Voter opinion poll has revealed that people are willing for a change in the states but not at the centre. According, to the opinion poll BJP still has a comfortable lead over Congress in all these three states as Narendra Modi is still clearly the first choice of people for the post of Prime Minister.

However, BJP is expected to lose to Congress in Madhya Pradesh, Rajasthan and Chhattisgarh.

These elections are being looked as the final barometer for both BJP and Congress before final battle of Lok Sabha 2019.

Incumbent Chief Minister of Madhya Pradesh Shivraj Singh Chauhan is set to face a humiliating defeat against Congress in upcoming elections according to the survey conducted by ABP News and C Voter.

BJP who had bagged 165 seats out of total 230 in 2013 Assembly Elections is not expected to lose 59 seats to reach a tally of 106 according to the survey.

BJP’s major loss is coming from Baghelkhand, Chambal and Mahakaushal regions. BJP is being swept clean in Chambal region where Congress is expected to win 31 seats. BJP is looking strong in Bhopal, Malwa and Nimar but these regions are not able to fulfil BJP’s overall loss.

BJP’s loss is Congress’s gain. Congress is expected to rise above majority mark with 117 seats gaining 59 seats from last election’s performance of 58 seats. Congress is getting maximum seats from Baghelkhand and Chambal, total 71 from these two regions.

If you look at the vote share BJP is losing around 5 percent votes in Madhya Pradesh while Congress is gaining five percent votes.

According to the survey BJP is expected to get 40.1 percent votes in the state while Congress may get an edge over BJP with 41.7 percent votes. The difference in votes is not very high but still enough to give Congress a push to reach majority mark of 116.

Shivraj Singh Chauhan seems to have lost his golden touch but this is not true about Central Government lead by PM Narendra Modi. Despite ruling out Shivraj in the state people of Madhya Pradesh still intend to elect Narendra Modi again as Prime Minister in 2019. 46.4 percent respondents expressed intention to vote for BJP in 2019 Lok Sabha Elections. Only 38.8 percent people want to give Congress a chance to lead the country.

Though BJP is likely to face defeat in elections Shivraj Singh Chauhan popularity is still working for him. Around 42 percent people of Madhya Pradesh still think he is the best man to be the CM of the state, followed by Jyotiraditya Scindia.

Respondents clearly voted in favour of Narendra Modi when asked about their choice as Prime Minister of India. 53.8 percent people think there is no other leader better than him to lead the country. Rahul Gandhi who himself has presented himself as PM candidate has support of only around 25.5 percent people belonging to Madhya Pradesh.

Respondents spread across 29 Loksabha Seats and 230 Vidhan Sabha Seats from June 28 to August 10.

People of Rajasthan are once again expected to turn the tables of power in Rajasthan. Vasundhara Raje may not repeat the landslide victory BJP had in 2013 Assemble Elections. On the contrary BJP may have to face a defeat almost as similar as it forced on Congress in 2013 Vidhan Sabha Elections.

According to the survey BJP who had won 163 seats out of total 200 in Rajasthan Assembly Elections in 2013 may not get ousted from power with only 57 seats in their kitty.

Congress which was clearly swept out of the power by BJP in 2013 is set to make a thumping comeback with 130 seats out of total 200.

Interestingly Congress is throwing out BJP from almost all four regions of the state. According to the survey Mewar and Harouti are two regions which are laying foundation for landslide victory of Congress in the state.

Even in the vote share BJP is nowhere near Congress in Rajasthan. Congress is far ahead of BJP in all four regions of the state. In vote share tally Congess is getting huge support from Mewar region with around 57 percent votes.

Like in Madhya Pradesh people of Rajasthan also opting for a change in the state. But here also people still intend to vote for BJP in Centre in 2019 Lok Sabha Elections. Congress which is expected to get a lead of 14 percent votes according to the survey in Assembly Elections is not able to gather support of people for 2019 Lok Sabha Elections. 47.4 percent people of Rajasthan want to elect a BJP Government at Centre in next year’s General Elections.

Rajasthan’s people want a change in the state but not at the Centre. They clearly think that Narendra Modi is their choice as Prime Minister of India.

With a loss of 16 seats BJP may have to move out of the power with 33 seats in their kitty. Congress is expected to get majority by a huge margin over BJP.

Congress is outplaying BJP in all three regions of the state according to the survey.