Industry stalwarts shared their learnings, tricks to make a campaign work, the tools to be employed and how data helps them micro target 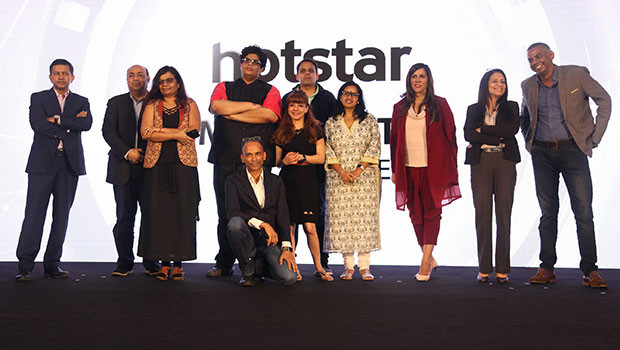 Digital marketing is still at an experimental stage and there's no certainty that any particular formula or format would work, feel India's top digital marketers.

They, however, said that the chances of campaign working increases if the marketing technology, tools, talent and partnerships employed are right.

The industry leaders were speaking at the Advertising Club’s debut edition of D-Code: The Annual Digital Review.

The five key learnings rounded upon from all the short-format sessions were:

1) Digital is a medium that everyone is experimenting with and no one exactly knows how to ‘crackit’. The need of the hour is to approach it with an open mind, keep experimenting and learning from one’s own and each other’s strategies.

2) Digital as a medium does not exist in a silo. All that media needs are great ideas, beautiful craft and creative people who can utilise the right tools to gain success.

3) One needs to invest in the right marketing technology, tools, talent and partnerships.

5) Partnerships are critical in making digital campaigns effective. Scale for both a campaign and digital as a medium of marketing can be amplified when the power of partnerships is harnessed.

The campaigns and learnings

Vodafone’s Banerjee kick-started the series of case studies that followed in the rest of the evening. He showcased how the competition's campaign was used to get data and insights, which was then converted into a larger campaign for targeting on digital. It was Airtel’s Open Network campaign that helped Vodafone in micro-targeting Airtel’s consumers across digital platforms. He also said that the company received close to 5.3 lakh calls for MNP within three weeks of the campaign. He also gave two enablers to understand the consumer better, saying, “Pulling data together in a truly meaningful way and listening to consumers in real time are the most important enablers that will help you understand your consumers and hence, plan accordingly.”

Iyer called himself too new to the world of digital and started his presentation with a picture of a car with the ‘L’ (learning) board on it. He gave sneak peek of the emoji campaign that the agency had conceptualised for Mumbai Indians. Ending the talk by offering three tips, he said, “Do not throw away the learnings from traditional marketing. Be plugged into new behaviours. Do not trust anyone who says he or she knows everything about digital.”

Chadha from Google gave a fantastic example of Google Maps campaign and how there is more to digital than just devices. She showcased the campaign with billboards that had Google Maps on it and was showing the traffic situation on the stretch where it was placed so people in their cars could look at the billboard and analyse how much more time to reach the destination. She primarily spoke about how Google has always tried to give the power of information to people. BCCI’s Johri stressed how cricket is a huge disruptor today. According to him, the three things that will define the times to come on digital, include more and more content, including over 2,000 domestic matches a year; localisation, regional targeting and community building; personalisation, the power to choose.”

Aggarwal from Marico also vouched for the old is gold theory. She stressed on coming out of the TG phenomenon and look for tribes that you can target. Giving an example of the Korean Pop tribe, she explained how Livon brand targeted this tribe. “We used the phenomena of #Kpop to seed a digital tribe. We decoded the #Kpop phenomena and used it to spurt fresh momentum on digital for their brand Livon. Ditch the target audience and embrace the tribe. It will then become a juggernaut and gain its own momentum.” She also explained some of the regional examples of how data and technology allowed Marico to bring personalisation to the power of their idea.

Kapoor from Jio explained the campaigns from his own company and how it helped reach a mix of audience from across the demographics.

GroupM’s Singh was quick to present the three tips that can crack the digital code. These are: dabble in areas of digital that your ecosystem can create content sustainability in; scalability gives you space and ROI is critical. How the launch story of Bira unfolded on digital in India is his favourite from recent times. He also explained the Lakme case study, highlighting the importance of the “how” part of executing the “what” of your digital plan.

Acharya gave out two case studies on Axis Bank and Lenovo explaining the wise things that the brands took up and performed. “The three tips that I suggest include keep testing and learning; invest in the right marketing technology, talent, tools, talent and partnerships. The third tip is that everything on digital is about performance (measurable). Delivering sequential video messaging along with personalisation is essential for effectiveness, but easier said than done.”

Facebook’s Kalia stressed moving out of the ‘make an ad film’ mindset. She asked “What would you make if you wouldn’t make a film?” She said that this is difficult and she has tried to apply this to her team for about six months and that’s when the best of the ideas came about. Digital is much more than films.

Bhatt from the popular content creator group AIB started off in his own humorous signature style. He said, “If your content isn’t highly opinionated, it is less likely to travel far. The content should be positive and if it has a nostalgia value, the chances of success are higher.”

Vikram Sakhuja, President, The Advertising Club, said, “The Advertising Club has been at the forefront of driving the A&M industry’s excellence agenda. We are constantly creating forums that enhance the learning curve of the fraternity. With D-Code, we have created another engaging property that bring together the industry to debate and deliberate on the stimulating issues of the digital ecosystem.”

Aditya Swamy, Managing Committee Member, The Advertising Club, said, “I have always believed in the power of colabs. Inspire and be inspired was the theme of D-Code and bringing together key stakeholders across the industry to crack the digital code was an exciting idea. From my days at MTV where we looked to marry pop culture and brands to now at Google where we unlock the power of digital and tech to deliver value to advertisers, this is a journey that only throws up more and more interesting opportunities. I look forward to being in the centre of this equation as we build centres of excellence.”

Punitha Arumugam, Managing Committee Member, The Advertising Club said, “Our endeavour while curating D-Code was to create a platform that would showcase pioneering work on digital and facilitate ideas exchange within the fraternity. We have tried to bring representation of all facets of digital with the versatile panel of stalwarts from across the M&E industry.”