Brands inject a dose of patriotism in their Independence Day campaigns

Different brands have come up with innovative ads showing how freedom can have a different meaning for different people with a flavour of patriotism. BestMediaInfo.com takes a look at some of them 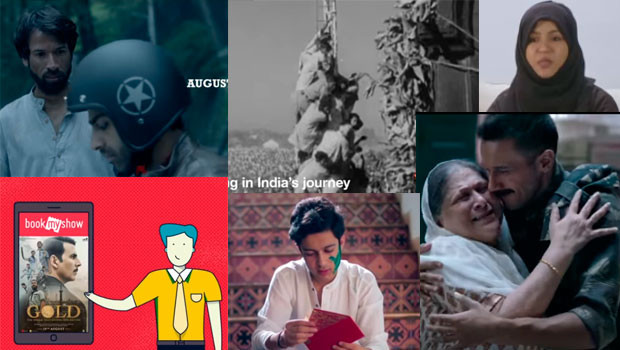 Godrej has come up with a totally new concept this Independence Day. It has intertwined its 120-year-old-journey with the Independence of the country. From its first business of manufacturing locks in 1897, to making soaps from vegetable oil, to making India’s first ballot boxes, to making Asia’s first typewriters, to making vital components for India’s first Mars mission in 2013. The campaign #MakingIndia beautifully summarises not just the transition of the brand but the transition of the country as well.

Bajaj Avenger has taken patriotism to a new level by highlighting a very pertinent issue through their Independence Day ad. Have you ever thought what are these fluttering tirangas made of? Yes, it’s plastic. Conceptualised by Mullen Lintas, the film touches all the right chords about the indiscriminate use of plastic and the rise of tokenism in celebration.

The film opens in with a biker riding out of the city. Like any other riding ad, it shows a hawker approaching the rider. The situation turns grim when the rider refuses to take the flag; this time his patriotism comes to question. But the final sequence lays all the questions to rest when he starts segregating the garbage and the flag.

BookMyShow in their latest ad takes a dig on all the ads that show the offers and discounts around this time of the year. Though a humorous ad, the ad targets people who are fed up of all these ads and urges them to book tickets of their newest film ‘Gold.’

The ad starts in a humorous tone, “15th August ko kharide yeh patriotic pressure cooker.” The whole ad is mimicry of the online sales that have taken the ecommerce world by storm. The video ends with a message to buy tickets of their latest movie.

Inshorts through their digital campaign tries to put light on five severe issues that the country is grappling with and the solutions to these problems. The ad covers issues such as illiteracy, hunger, corruption, lack of clean drinking water and bribery.

The campaign aims to inform the countrymen about the magnitude of each issue via fact cards, motivate them through inspiring quotes from famous Indian leaders, suggest them the small steps they can take to help eliminate the problem, thus encouraging them to pledge towards making a change. 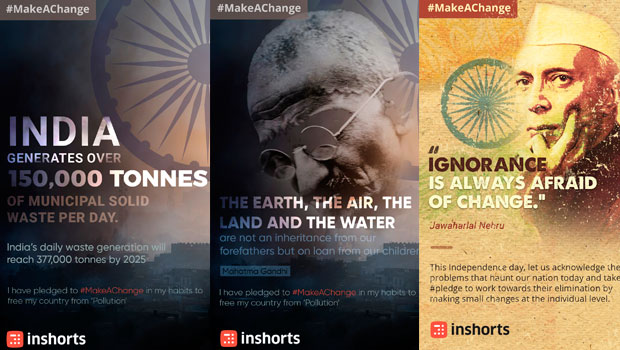 Tide takes a path to nostalgia by celebrating some of the most important and brightest moments that India has witnessed over the last 71 years. Conceptualised by Social Kinnect, the new campaign #TideWhite rejoices the milestones of India.

The video starts with Mahatma Gandhi and Jawaharlal Nehru’s speech and goes on to show some memorable moments like India’s victory in the cricket World Cup and excerpts from Rakesh Sharma’s interview. The campaign leaves its viewers to think how far the country has come in these 71 years.

This Independence Day, Airtel has collaborated with sarod maestros Ustad Amjad Ali Khan and his sons, Amaan Ali Bangash and Ayaan Ali Bangash, to create a special sarod rendition of the National Anthem.

The video starts with the two brothers playing the National Anthem. Ustad Amjad Ali Khan joins them in a while and the three of them create a truly soulful rendition that definitely gives goose bumps to each and every Indian.

“We are so honoured to celebrate the forthcoming Independence Day along with Airtel. My sons, Amaan and Ayaan, and I have recorded the National Anthem to mark this occasion. I hope that every proud Indian connects to the ethos of our Independence Day. This is a tribute to our freedom fighters, soldiers and a celebration of the Independence of our great nation,” said Amjad Ali Khan.

The track and video can be streamed on Wynk Music and Airtel TV apps. 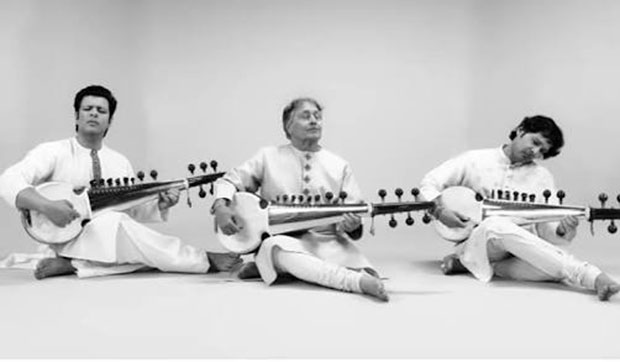 Parle-G pays tribute to the armed forces that protect us from every danger through their #YouAreMyParleG campaign. The five series digital films are real-life stories from their customers. The film depicts the life of a soldier.

Set in Kolkata, the video opens with a shot of a soldier returning to his home after a long time. The monologue narrates how a soldier’s life is different from a common man. At one time he is seen hiding his pain from his wife and the other time he is telling stories to the children. The video ends with the soldier returning to his duty with a bundle of memories till he meets them again.

Paytm in their latest campaign #AdatSeAzadi takes the viewer in a poetic journey of the common inconveniences faced by people in a cash-dependent economy. The campaign urges people to go cashless and hassle-free in life. ‘AdatSeAzadi’ is a powerful message to break the habit of cash transaction and embrace the convenience of digital payments.

The video shows the different ways people save money and the inconveniences faced while transacting in cash. The struggle shown is very basic and common, which helps its viewers to relate to the campaign.

United Benetton focuses on secularism and non-discrimination through a digital film titled #UnitedByHope, celebrating India’s unity in its diversity. The heart-warming video showcases the different perspectives of two generations as they explore the concepts of diversity and national unity. The digital film is a result of a social experiment conducted by the brand representing two groups, ‘Older India’ and ‘Younger India’, with the intention to understand what identity means to them. The starting couple of minutes show what each sacred symbols means to each religion. The box consisting of all the religious symbols is given to a bunch of kids. The younger generation untouched by the filters of religion and caste use their own vision to create a united India. This forces the viewers to envision a country divided by religious symbols or the one united by secularism.