In a conversation with BestMediaInfo.com, India's ace brand consultant talks about the challenges related to the profession and how he is redefining Chlorophyll to cater to start-ups and evolving businesses in the age of social media 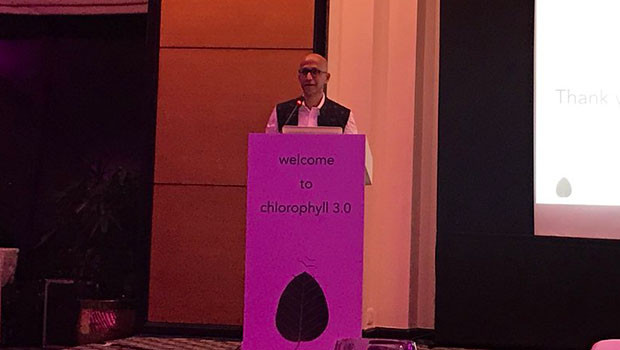 The brand consultancy field still faces scalability issues and a lot of times it is confused with advertising and communication, feels Kiran Khalap, Co-founder and Managing Director, Chlorophyll.

Chlorophyll, helmed by Khalap, is almost a 20-year-old brand consultancy and ranks among the top in India.

In a conversation with BestMediaInfo, Khalap said one of the challenges the field faces is of misconception.

“Even today, seasoned marketers associate branding with advertising and communication. Earlier, a house of brands like a Unilever or P&G believed that the corporate brand could stay hidden. But because of social media, everything has become transparent. Now consumers want to know what the parent company stands for as a brand. So, the big challenge for us is of misconceptions and hangovers from a bygone era.”

The consultancy field is facing a duel challenge in India. Other than the scalability issue, the field is also getting overcrowded. Many veterans, with years of experience under their belt, are starting out as brand consultants. How does Chlorophyll intend to tackle this competition?

“If you look at the DNA of most of my competitors, it is design. They are really award-winning designers and their starting point is design and therefore their output is design. But my output is not necessarily design. Everything we do is entrenched in branding. Design thinking, as a concept, has exploded around the world but it still has design at its core. It is still not equivalent to branding – branding is a far larger discipline,” said Khalap.

He said that to overcome the issue of scalability, he's got an innovation lab in place at the agency that will ensure the horizontal growth by incubating ideas thrown by employees.

What does Chlorophyll 3.0 stand for?

In Khalap’s own words, Chlorophyll 3.0 is the organisation’s shift from brand creation to brand creation and execution. Chlorophyll has always worked on the premise that a brand is made up of two aspects, one changing and the other unchanging.

“The unchanging aspect is an idea, it is something that drives the brand. The changing aspects are things that change around that brand. Till now Chlorophyll used to focus on the unchanging part. However, clients started saying that you have created this brand name and identity and you have created a brief for the ad agency but when it is handed over to the agency, the idea and the brand starts losing its essence,” said Khalap.

Khalap acknowledges that brand consulting as a field suffers from scalability issues and that it is a question that is most asked of him.

“Before I started Chlorophyll, I was CEO of Clarion Advertising and there I was signing cheques for 236 people. I had decided then that when I start on my own I would never do this. My personal dream is to be like Zingerman,” said Khalap.

Zingerman is the famed gourmet food business group headquartered in Ann Arbor, Michigan, US. Starting from the original deli, Zingerman’s Community of Businesses (ZCoB) has expanded to nine Ann Arbor-based businesses with over 500 total employees. Each business has shared ownership between original founders Paul Saginaw and Ari Weinzweig, and the managing partners who started each business. Each business has its own organisational structure but they carry out the same standards and commit to the company’s values.

“Zingerman was just one deli in one city in the US. Someone approached them and told them that she should scale-up but the founders refused. Then the question of what happens to the people working for the deli arose, how would they grow? The solution was that people who have been with the deli and have an idea of their own would start something new. And if you think about it, Chlorophyll innovation lab is exactly that. We have incubated Chlorophyll Innovation Lab. Chitresh carries the disciplines of Chlorophyll but at the same time has become an independent CEO. Tomorrow someone else will want to do something of their own and that is the way Chlorophyll will grow,” explained Khalap.

Social media has brought in many changes with its advent but probably the biggest change it ushered in was in the way brands communicated with their consumers. While earlier a captive audience bought almost anything the brand relayed to them through advertising, now there are ways consumers can cross-check the facts. A more aware consumer is expecting a lot more from brands and brand communication.

“There is a Neilsen survey that happens every year and every year as I watched it, trust in advertising kept changing. Finally, last year’s reading was that 84% of the youngsters said they only trust peer review, owned media (like a website) came in second and third was comments online. So, the entire trust has shifted to earned media,” Khalap.

It, then, becomes imperative for brands to be ‘discovered’ by millennials rather than speaking to them.

“Social media had dramatically changed the relationship between the consumer and the brand. Brands now have to accept that while they legally own the brand, the brand is psychologically owned by the consumer. Due to this increasing complexity, clients are now saying that instead of having multiple partners can we have one partner,” said Khalap.