Vasudha Misra of BBH India to speak at Ad Stars

She will be a part of a session about “Diversity and Equity in Workplace” that includes Anna Qvennerstedt of Forsman & Bodenfors in Sweden and Satoko Takada, Creative Director of McCann in Japan 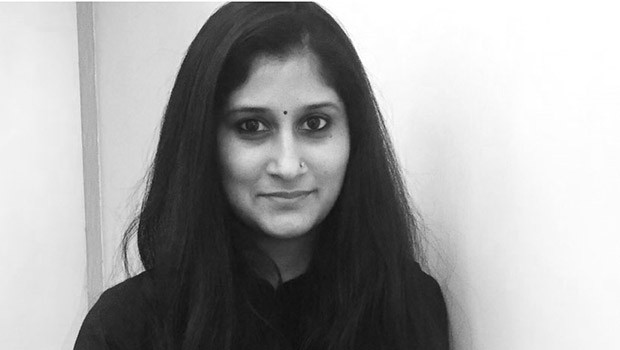 Ad Stars has unveiled this year’s program, which will feature some of the world’s most inspiring creative, production and technology experts over three days from August 23-25 in Busan, South Korea.

The Ad Stars program is divided into three streams: the Creativity stage will feature some of the world’s most brilliant creative minds; the AD tech stage will feature ground breaking technologists; while the Open Stage is open to the general public to encourage people outside the advertising industry to learn more about the business of creativity.

Vasudha Misra, Executive Creative Director, BBH India, is one of speakers at the Creativity stage. She will be a part of a session about “Diversity and Equity in Workplace” that includes Anna Qvennerstedt of Forsman & Bodenfors in Sweden and Satoko Takada, Creative Director of McCann in Japan. The session will be moderated by renowned advertising reporter and Global Editor of Little Black Book Laura Swinton.

Other Creativity speakers include:

Ari Halper is presenting a session titled, The Future of Advertising Lies in Our Creativity, but Not How You Think. “Advertising is changing so rapidly, it’s bound to make your head spin faster than a DJ on meth. It feels like the threats to our industry are coming from all sides. But take a long look in the mirror. Let’s face it. The greatest threat to our industry has actually been our propensity toward distraction. Distracted by profit margins, awards, scopes, technology and the competition. Losing sight of the very thing that got us all in this business in the first place: creativity,” says Halper, whose session will help creative professionals put themselves back on the right course.

For the last 20 years, Matty Burton has worked at some of the world’s most renowned creative agencies including Saatchi & Saatchi NZ, Droga5 NYC and TBWA Australia. He co-founded Special Group Australia before joining Google Zoo, where he is Creative Chief. At AD STARS, delegates will enjoy a glimpse of Matty’s unique perspective on creativity as someone who is now leading a specialised team of creatives, technologists, producers and strategists working across Asia Pacific on Google’s most valuable and strategic partnerships.

Toby Talbot will tackle the question our industry has been grappling with over the past year: What is the True Value of Awards? “Are awards healthy or are they a narcissistic blight, invented purely to make us feel good about what we do? Because, let’s face it, in the real world nobody else feels good about what we do. Doesn’t everyone – yourself included – actively avoid advertising? So are awards there to paper over the ever-widening cracks of a largely irrelevant industry? Or is quite the opposite true?” asks Toby. His session might not provide all the answers, but he certainly has some provocative questions.

It seems every other topic at advertising conferences these days is about data-driven creativity, technology, AI, VR, disruption or transformation, according to Tay Guan Hin, whose session at AD STARS 2018 will instead deal with something different, yet familiar. Titled, ‘Re-ignite The Gung Ho’, Tay will argue we’re losing our passion for exceptional creativity in a data-obsessed world.

Cindy Chen joined Focus Media Group as Chief Strategy Officer in 2005, which is the largest lifestyle media group in China. She is an expert in media, market and consumer insights. At AD STARS 2018, she’ll provide fascinating insights into China’s rapidly evolving media landscape.

Christian Mix-Linzer, CEO of Tracks and Fields in Berlin

Christian Mix-Linzer will talk about making music decisions based on the music identity of a brand. “Music is a very important driver of brand identity and an integral part of any audio-visual content, but most of the time the process to select music for advertising is based on gut feeling and done at the last minute. The aim of my session is to help people learn how to think about music and how to make music decisions less random,” he explains.

“In my talk, I want to make the case for why planners and creatives need to work together more closely – especially in Asia where this relationship is still is in its infancy compared to its counterparts in Europe and America,” explains Andreas Krasser. “When Strategy & Creative are in tune, that’s when the magic happens.”

Emma started her career in the Creative Department of DDB London before creating The Gunn Report company with Donald Gunn in 2007. As the person who researches and creates the new Gunn 100 and oversees its production and publication as well as Gunn Media 100 and WARC 100, Emma is an expert on creative ideas that change the world, and she’ll share her insights with the audience at Ad Stars 2018.