Print suffering profitability pressure but can it emerge out of crisis?

Multiple factors, including the gradual shift of ad budgets to digital, rising newsprint cost, slowing down of growth because of factors such as GST and RERA have brought profitability of newspapers under intense pressure 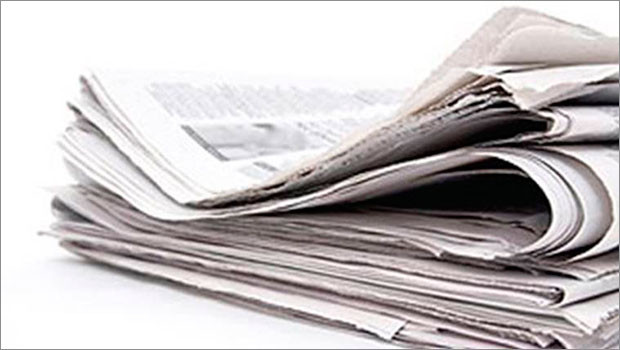 The profitability of major newspapers across the country has taken a beating because of the shrinking advertising expenditure of companies, a steep increase in the cost of newsprint and the gradual moving of ad revenues to digital.

The English dailies have been hit more than the Hindi and other language newspapers. The companies have been forced to go for cost reduction to minimise the impact on their profitability.

While most English language publications are not listed companies, HT Media’s recent announcement of its Q1 2019 consolidated results has shown an 86% drop in its net profit.

Explaining that the newsprint price hike is a major reason for this impact on profitability, Pradeep Dwivedi, CEO, Sakal Media Group, said, “In anticipation of the increased newsprint prices, everyone has been trying various measures to cut costs. Almost everyone is trying to minimise the travel cost, employee and marketing costs. It’s a net negative of newsprint and the positive savings on account of all these initiatives by the companies. If you take out newsprint, the publication industry is more efficient on cost this year, than any previous years.” 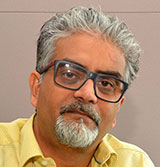 Sanjeev Bhargava, Director, Brand, TOI, said, “Newsprint is a very dominant cost in the newspaper industry and nothing can really mitigate this increase. Obviously, it will require lot of strategic thinking, especially about increasing the main source of the revenue – advertising. It will mean minor cost-cuts right across the board, though newsprint price hike will not completely be mitigated. It is still going to impact the bottom line and that’s why publications with a smaller revenue base have a much visible impact.”

Expressing confidence about the ad revenues of TOI, Bhargava further said, “We have not seen any major revenue drop at the Times Group. We have been able to maintain it by-and-large, other than some hit by the GST, RERA and such things.”

This is not true for all English dailies though.

While the hike in the newsprint prices affected all dailies, the ad revenue hit was not experienced by the regional dailies as much. In fact, in the recent quarterly results of DB Corp, which operates the Dainik Bhaskar Hindi language newspaper, show that the revenue from operation increased by 12% from Q4 2018 to Q1 2019.

Why are the English dailies taking the maximum hit in terms of falling revenue?

Dwivedi explained, “This is keeping with the long-term trend of the ad revenue and demand for additional papers in metro markets going down. The impact of readers moving from print to digital is more prominent in the urban sectors. This ultimately leads to the drop in advertising. Tier II markets are still in the growth phase with huge headroom to expand. Even if that headroom is getting squeezed a bit, it is not getting nullified immediately. While in case of the big cities, the squeeze is already there in the top line growth, and with the hit on costs, the bottom line is also impacted hugely.”

While digital has been gaining a lot of readership from all sections, it is still a small segment compared to the huge mass of readership of print.

Bhargava opined, “One can look at it from the glass half/full theory growth versus sinkage. The potential in the country is huge. While some of the readers are moving from print to digital, there is also gradual increase in English literacy at a rapid pace. There is a huge opportunity, therefore, of upgrading the vernacular readers to the English readers. I, as a marketing person, choose to see it as an opportunity. I am in no hurry to announce the demise of print or of English dailies.”

What can then uplift the ad revenues for the publications? One can believe that IRS has arrived and is here to help the dailies realise the ad revenues that they deserve, but how far can IRS pull the companies out?

The experts believe that IRS can’t make this drastic change. It can help a certain publication facing yield issues or volumes share issue, but if the size of the market is not growing substantially, the relative size of businesses can’t be helped much.

Dwivedi suggested, “Two things can change the fate of the market: one is the overall improvement in the economy, which means the size of the pie grows; or second is that the cost of newsprint goes down significantly.”

A representative from a major daily told BestMediaInfo, “I am hearing that by Q3-Q4, when we all start ordering newsprint for next year, the prices might soften a bit because the demand was also affected owing to the prices. Though there is no confirmation on this. But all publications have locked their inventories till March-April 2019. So, I am assuming that the current year’s financials are not going to improve in any of the quarters in this fiscal.”

Dwivedi explained this strategy better, “A lot of organisations went on adding manpower in last 4-5 years on account of growth. Now, manpower is surplus in some of the departments. The people who are adding productivity in terms of content, editorial teams, and those bringing in revenues, ad sales teams, are being kept untouched largely. Second to that, a lot of organisations have ended up having huge teams for circulation, distribution, printing and such departments, which can always be cut down. Additionally, there are certain processes that have been or can be automated. In an ideal universe, there would be some implications of layoffs on quality, but these decisions are taken after a deep thought.”

Having established the pressure on profitability for print, this is likely to divert the attention of companies to digital. Would everyone start looking at digital more seriously then?

Dwivedi opined, “Logically, this might be true, but it is not yet an either or situation. Digital is still getting a lot of attention though it is still a very small revenue contributor, as low as 3-4% of revenues of the whole print industry. There is a larger problem at hand of managing the costs and revenue of print. Nobody is going to shift to digital completely.”

Tags: Print suffering profitability pressure but can it emerge out of crisis? GST RERA
Advertisment
More from this section